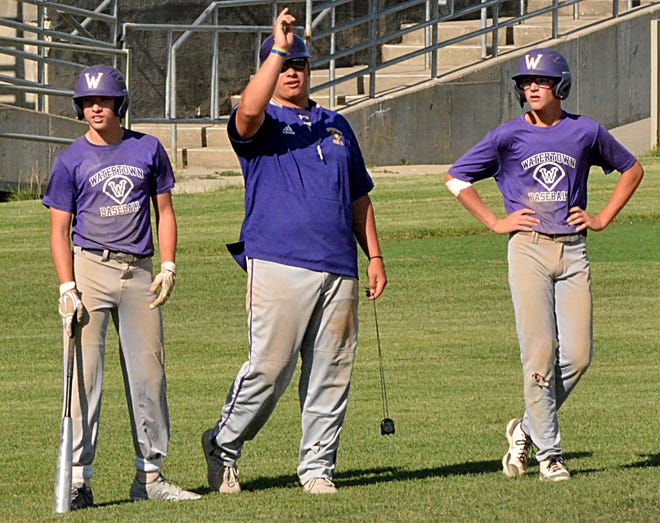 4 groups from Watertown and three from Aberdeen are scheduled to play this week in Class A baseball state tournaments across the state.

Class A baseball tournaments include 16 and under, which take place Thursday but Sunday at Basis Fields and Watertown Stadium in Watertown.

Also below are the pairings for American Legion Class A and B baseball tournaments. Tournament A opens Wednesday at Fast Metropolis and Tournament B opens Friday at Gregory.

The Watertown Crimson Sox (5-33-1) are among 12 groups split into three pools of four teams. The group winners and a wild-card staff will qualify for the semi-finals at 10.30 a.m. and 1 p.m. on Sunday, adopted by the championship at 3.30 p.m. on the stadium.

Watertown is in the Crimson Pool along with Brookings and Renner. The Black Sox will face Brookings at 6:30 p.m. Thursday and Fast Metropolis Publish 320 at 10:30 a.m. Friday at Hyde Stadium and will also meet Renner on Saturday noon at Kelley Subject.

The Watertown Gray Sox (30-7) and Aberdeen (9-13) are two of 12 groups that can play Bob Shelden Subject and Erv Huether Subject. Groups are split into three four-team pools, which the pool winners and a wildcard staff advance to Sunday’s Bob Shelden Subject. Semi-final video matches are scheduled at 10:30 a.m. and 1 p.m., adopted by the championship at 3:30 p.m.

The Gray Sox are in the Crimson Pool with Huron, Mitchell and Yankton. Watertown will face Yankton at 5 p.m. Thursday and Huron at noon Friday at Bob Shelden Field and will also face Mitchell at 10 a.m. Saturday at Erv Huether Subject.

Aberdeen is in the white pool with Harrisburg Maroon, Pierre and Renner. Aberdeen meets Renner at noon Thursday and Harrisburg Maroon at 2:30 p.m. Saturday at Bob Shelden Subject and will also face Pierre at 10 a.m. Friday at Erv Huether Subject.

The Watertown White Sox (8-17) and Aberdeen (report not available) are two of seven teams that will play in the Dakota Entry Subject Tournament.

Watertown is in the Crimson Pool with Harrisburg, Sioux Falls Publish 15 in Yankton, and Aberdeen is in the White Pool with Brandon Valley and Renner. Placement video games will comply on Sunday.

The White Sox are scheduled to face Yankton at 5 p.m. Friday. The loser performs at 3:30 p.m. on Saturday and the winner at 6 p.m.

Aberdeen is scheduled to face Brandon Valley at 10:30 a.m. and Renner at 1 p.m. Saturday.

Pairings have been established for American Legion Baseball State Tournaments.

Watertown Publish 17 and the Aberdeen Smittys did not qualify for the state game. Watertown lost 11-1, 5-0 to Sioux Falls East and Aberdeen was swept by Mitchell 4-2, 10-2 in a three-game series over the weekend. Watertown finished the season 21-37 and Aberdeen 22-23.

As host staff, Fast Metropolis Publish 22 is mechanically certified for the game. The opposing groups won the playoff collection over the weekend.

The winner of the match will advance to the North Central Plains Regional August 3-7 at Fast Metropolis. The region winner will qualify for the American Legion World Collection August 11-16 in Shelby, ND

The Class B national game will take place Friday-Tuesday August 2 at Gregory. The first spherical pairings are conformal.