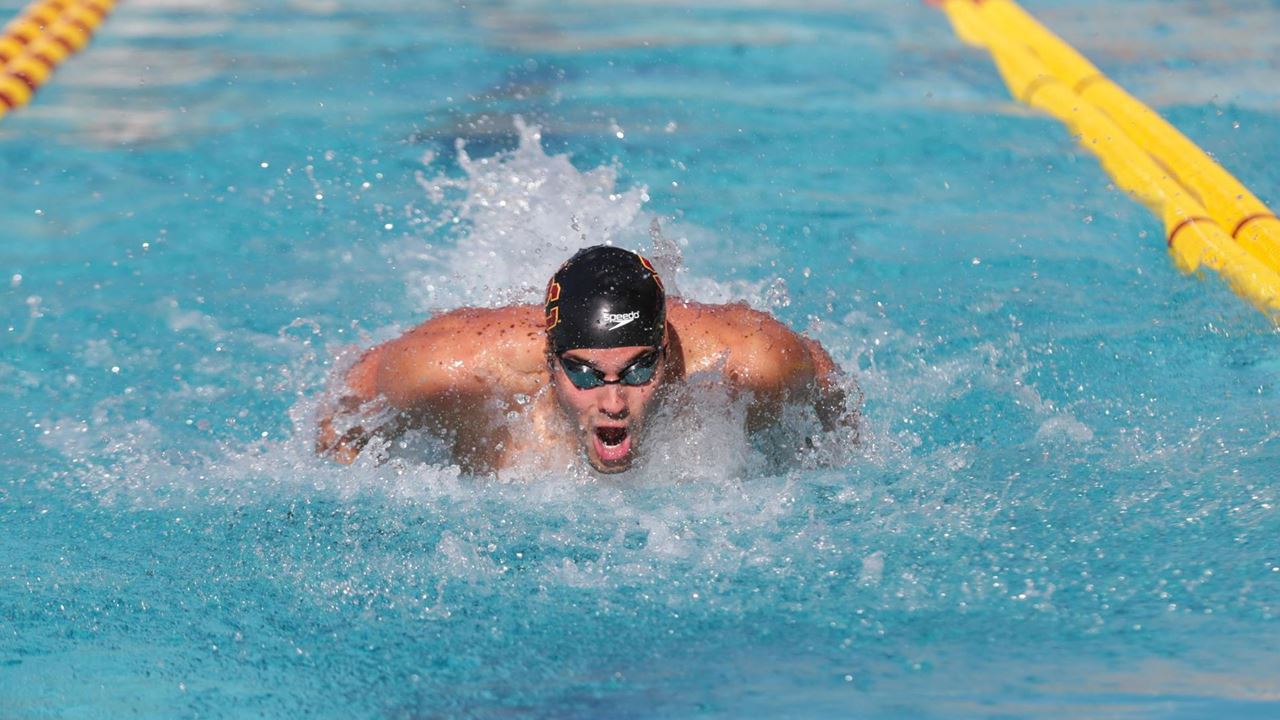 The USC men beat the UCSB men on Friday in the first one-to-one meeting for both teams of the 2021-22 season. The Gauchos traveled to Los Angeles to face USC at home in what was the first part of a two-game weekend for the UCSB and the Trojans.

The USC women raced Washington State, which only sponsors women’s swimming, in a side competition. This encounter has been summarized separately here.

For both teams, the freshmen fared well and for UCSB, it was the college debut of the rookies.

USC freshman Daniel Matheson kicked off the individual events with a victory in the 1000 freestyle. His time of 9: 20.89 was eight seconds faster than the second, UCSB freshman Taber da costa. Matheson jumped to number 20 in recruiting after a phenomenal 2020-21 season. His improvements to the 500 and 1000 freestyle (4: 20/9: 02) propelled him to the top of his class in these events, and his success helped Make USC’s number seven team for rookies.

Another freshman from Troy, Artem Selin, won the 50 freestyle with a time of 20.13. First year companion Mateo parker came in second with a time of 8:30 p.m.

Selin was a great time recruit for the Trojan horse, and has so far lived up to this billing. Dual German and Russian nationality, Selin represents Germany internationally and holds the European junior record in the 50 free LCM (21.83).

His conversion times projected him to be the top 50 freestyler for the Trojans, and he showed his potential to hold the title by winning on Friday.

He’s the second NCAA freshman this season, behind David Curtiss of NC State, thanks to his 19.89 USC Invite two weeks ago; however, his victory in the 50 freestyle on Saturday was his first individual victory at the college level.

Parker, after finishing second in the 50, won the 100 freestyle, swimming in 44.68 to 44.76 for Selin. The second-generation Trojan has filed documents to represent another country internationally, seeking to swim for Egypt around the world. His ability to compete with Selin presents USC with a few options when choosing swimmers for sprint events.

First year Redshirt Evangelos Makrygiannis, who represented Greece at the Tokyo Olympics, swept the backstroke events. He won the 100 at 47.99 and the 200 at 1: 46.05. His relay swims, however, were perhaps his most impressive of the competition: he had the best time, 43.66, of the entire field in the 400 freestyle relay, and the best time 22.34 leading to the relay 200 QN.

The competition also saw performances from other notable swimmers, including USC senior Victor johansson. Johansson is just one of 63 USC athletes sent at the Tokyo Olympics, the best of any other university – Johansson represented Sweden.

The men return to the pool on Saturday to host the USC Alumni Relays meet. The UCSB will travel to Cal Poly for a double meet on Saturday.

Steve Backshall let his ears bleed after diving with a shark

How long does it take to beat?