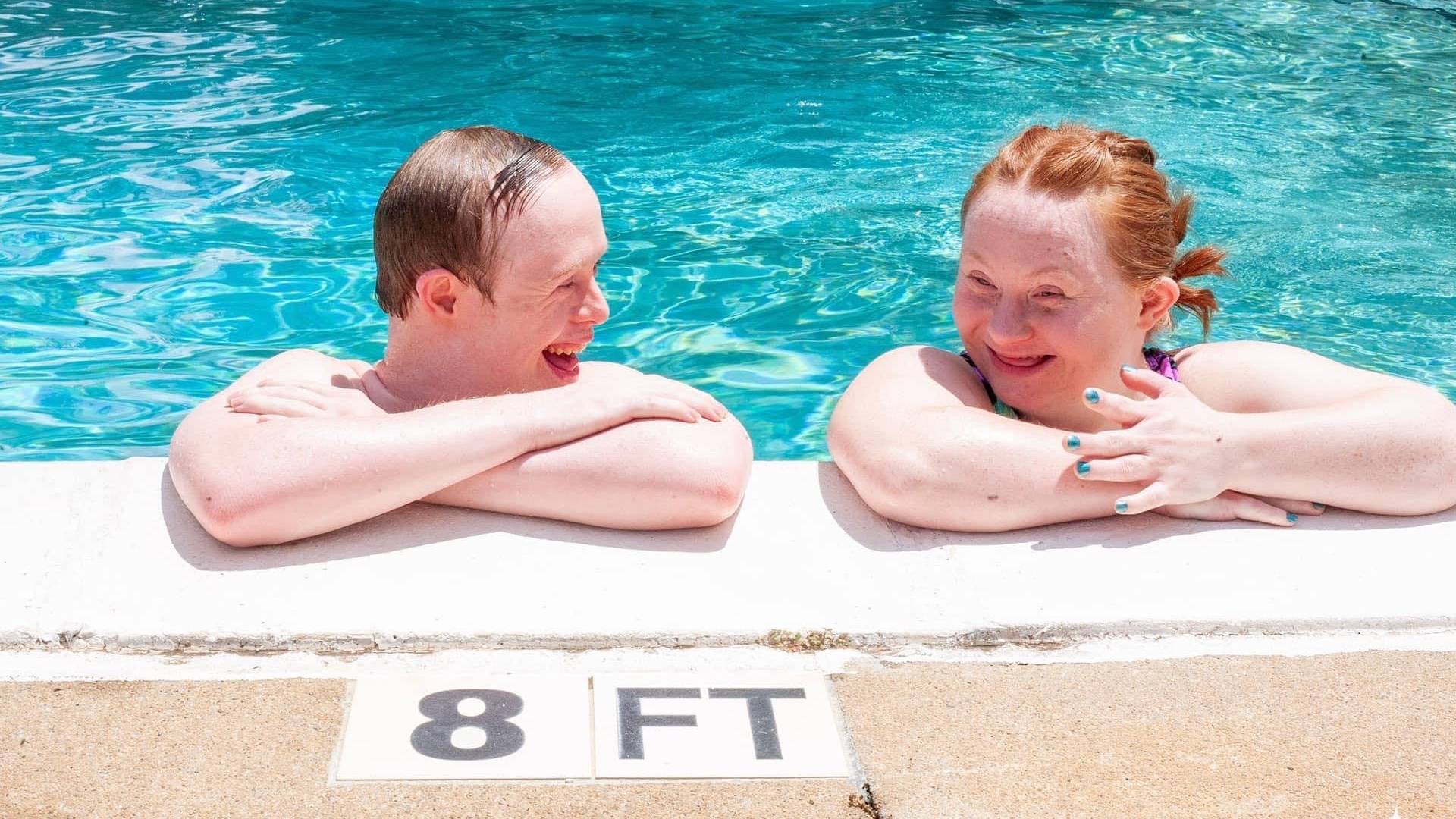 The excitement that Rion Holcombe and Rachel Lewis feel when they talk about competing in the next Special Olympics USA Games is infectious.

The swimmers and Olympians both hail from upstate – Rion Holcombe, 28, of Spartanburg and Rachel Lewis, 27, of Greenville – and will compete in this year’s games June 5-12 at Walt Disney World . Both athletes have Down syndrome.

In the meantime, they continue to train as hard as they can while holding jobs – Holcombe at the Thomas E Hannah YMCA in Spartanburg as a waterslide attendant and Lewis as an assistant manager making smoothies at the Village Blend.

Holcombe and Lewis have also been dating for four years, but every time they look at each other there’s always giddy excitement. They met at an event in downtown Greenville and have been dating ever since.

“We’re a power couple,” Lewis said. “I want to be by his side every step of the way.”

Their weekly training schedule is, in itself, almost a full-time job.

Lewis’ schedule includes the RECESS program at the Caine Halter Family YMCA on Monday, Wednesday and Friday mornings. It is a program that trains adults with diverse abilities in physical fitness, social responsibility, and personal and independent living skills. They do group exercise classes like Zumba, and they take trips to amusement centers like Spare Time in Greenville.

Holcombe’s training takes around nine hours a week, including four hours of swimming and working out with a friend once a week who helps him train. He also joins a group of friends in a variety of activities like step class, yoga, spin, dodgeball.

Cyndi Lewis, Rachel’s mother and Special Olympics South Carolina board member, said there are a number of things athletes need to do to make it to the US Games, including competing at the level of the state to qualify for the national games. There is an interview process to determine if athletes will be able to spend the week away from their families, and they will have to manage a busy schedule. Lewis went to the national games in 2014, but this will be Holcombe’s first trip.

The USA Games will bring more than 5,500 athletes and coaches from all 50 states and the Caribbean to Orlando, and they plan to have more than 125,000 spectators in town at 11 venues in the region.

The list of celebrity ambassadors for this year’s games reads like a guest list for a major awards show: Grant Hill, Brie Larson, Rob Lowe, Matthew McConaughey and Jimmy Kimmel, among many others. The athletes will depart from Columbia, South Carolina on June 5 and will stay until June 10. Disney will produce the opening and closing ceremonies.

Athletes will also have access to a number of healthcare providers, such as optometrists, pediatricians and dentists. Cyndi Lewis said athletes may never see health care providers until they arrive at the games.

The couple have a number of accomplishments to their name, as Holcombe is a graduate of Clemson University’s LIFE program, which Clemson says is an education program aimed at helping young adults with developmental disabilities learn the skills needed to find a job and live independently. .

Lewis had to overcome a series of strokes suffered in 2012 that left her with lingering weakness in her right side, Cyndi Lewis said, and she continues to swim in part as a form of therapy. She also served as a congressional intern for the offices of former U.S. Representative Trey Gowdy and current U.S. Senator Tim Scott.

“(We hope) to inspire other families with the opportunities available,” said Cyndi Lewis.

“Let me win. But if I can’t win, let me be brave in the attempt.

Have you ever considered an open source audit for your organization? | Receiver London

Southall is now accepting bookings ahead of the 2022 summer opening