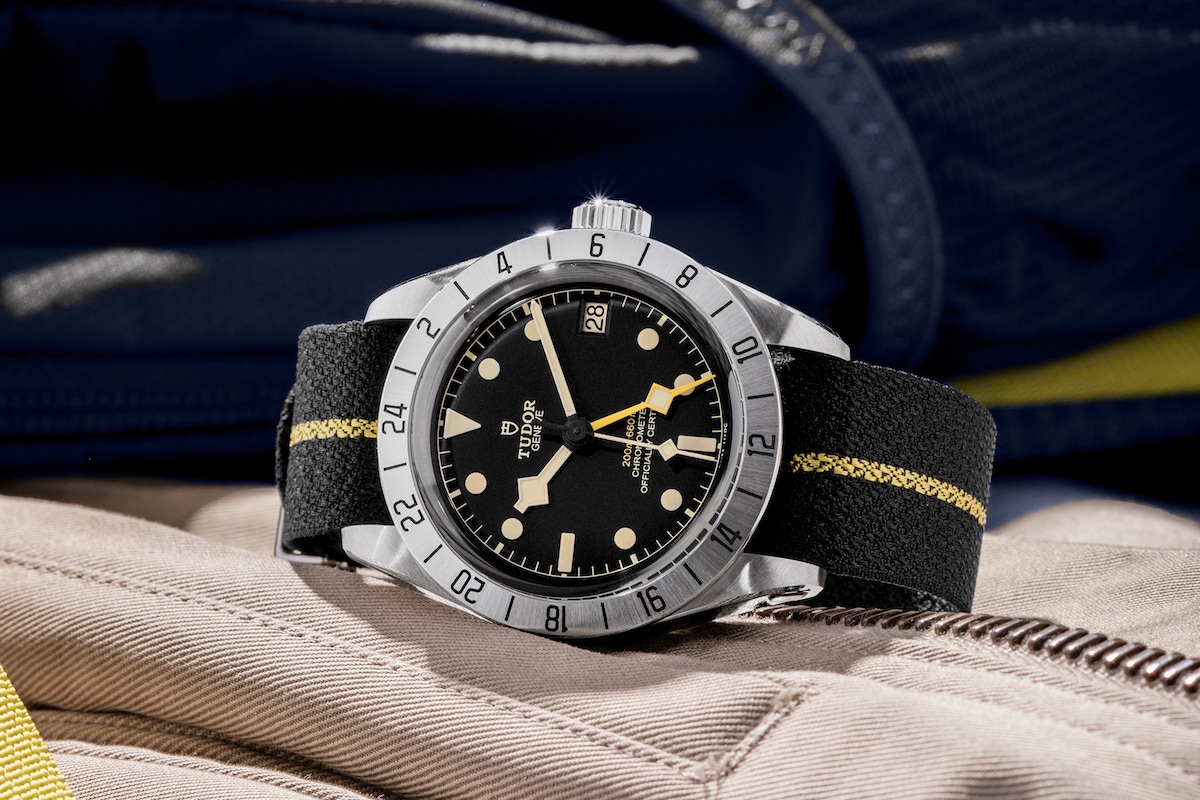 Tudor has been on a winning streak lately.

Rolex’s sister brand has always been popular, but in recent years it has become a darling of the watch world – earning a reputation for extraordinary quality at a reasonable price while increasingly differentiating its offerings from Rolex and by developing a much more individual identity as a brand. .

Their latest release, however, is a bit of an enigma – but not in a bad way. Unveiled at Watches & Wonders 2022, the Tudor Black Bay Pro is both the perfect expression of Tudor’s independence and how Rolex’s influence is ultimately very positive for the brand.

The Tudor Black Bay Pro (ref. 79470) is a GMT interpretation of Tudor’s popular diver’s watch, but with a small difference. Of course, Tudor already has a Black Bay GMT – indeed, a new two-tone stainless steel and gold Black Bay GMT was also part of Tudor’s W&W ’22 releases – but the Black Bay Pro is a different beast to Tudor’s existing GMT watches. You sleep.

Essentially, the Black Bay Pro is somewhat of a revival of the original Rolex Explorer II (ref. 1655), which was produced from 1971 to 1985. Although unpopular in its heyday, the ref. 1655 has since developed a cult following among collectors. It’s definitely underrated and very good to see him return in Tudor guise, so to speak.

The current design of the Rolex Explorer II (Ref. 226570), which was actually introduced at W&W ’21, features arrows separating the hour markers on its bezel instead of straight lines and has a 42mm case. In comparison, the original ref. 1655 – and the Black Bay Pro – is 39mm in diameter, has the aforementioned lines, and a much flatter, more retro bezel.

The Black Bay Pro takes up the design codes of the ref. 1655 and merges them with the aesthetics of the incredibly popular Black Bay line: namely the use of “snowflake” hands for the hour, seconds and GMT hands. It’s also twice as water resistant as an Explorer II, thanks to its diver’s watch lineage – although it’s worth pointing out that it’s not really a diver’s watch, but more of an “adventurer’s watch”.

We think the Black Bay Pro is absolutely stunning and is actually a better looking watch than the ref. 1655 to which he pays homage. Speaking of homage, we also like the choice of yellow for the GMT hand – a nod to the recently discontinued Tudor North Flag, perhaps?

The Black Bay Pro doesn’t just look good either: it has a rather impressive new internal movement. What’s cool about its caliber MT5652 is that the date display is coupled to the local time hand so that when setting the time and passing midnight in retrograde, it jumps instantly to the previous day.

This is a very cool and practical complication that really elevates the Black Bay Pro as a GMT watch – and a testament to how independent and advanced Tudor’s in-house movements have become. Oh yeah, and it’s water resistant to 200m and has a massive 70 hour power reserve, so it’s totally weekend proof.

Honestly, we could spend all day talking about the Tudor Black Bay Pro. It’s a great addition to the already superb Black Bay family and one of the real highlights of W&W ’22. It could even give a hard time to the new Rolex GMT-Master II… The GMT-Master of the people, perhaps?

Did you enjoy this story?

If so, subscribe to our daily newsletter to receive our top stories.