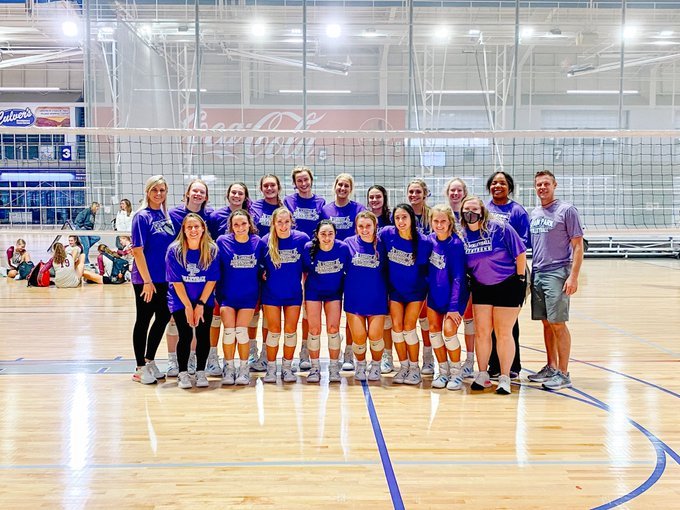 During the year, the Hoover Sun will keep you updated on the various sports teams at Hoover High School and Spain Park High School. For previous weekly updates, click here.

The Hoover football team traveled to Prattville last Friday and went undefeated with a 35-16 victory. Click here for the game recap. This Friday, this Bucs welcomes Hewitt-Trussville to a crucial regional clash.

The Spain Park volleyball team were exceptional last week, streaking nine wins and winning their HeffStrong tournament. During the week, the Jags picked up victories over Vestavia Hills, Mountain Brook, Corner, Enterprise, Pelham (twice), Hoover, Auburn and Collierville (Tenn.) To move up to 28-4 this season.

Audrey Rothman has eclipsed 1,500 kills in her college career and Lilly Johnson has more than 1,000 assists.

This week, the Jags will be in Hewitt-Trussville on Tuesday for a zone game and travel to Hoover on Thursday.

The Hoover volleyball team had a solid week last week. The Bucs beat Tuscaloosa County in the regular season before stringing together victories over Jemison, Guntersville, Auburn and Hartselle in the HeffStrong tournament. Spain Park put the Bucs out of the tournament. Hoover is now 19-11 on the year.

This week, Hoover heads to Vestavia Hills on Tuesday and hosts Spain Park on Thursday.

The Hoover and Spain Park cross-country teams competed in the Under the Lights meet at Veterans Park on Saturday. The Hoover girls won the event and Spain Park finished second. Delaney Vickers and Savannah Hodgens of Spain Park took the top two places in the race, while Lila Hunter and Ashley Girouard of Hoover finished in the next two places. Spain Park’s Peyton LeCroy (sixth) and Chloe Finnocchiaro (ninth) and Hoover’s Lana Kate Hammonds (seventh) and Sarah Hertz (10th) also finished in the top 10.

Then the Eagles moved on to Glenwood Academy, where Hart won again. The Eagles won first place tag team with solid finishes by Dickerson, Hicks, Kuhn, junior Josh Pearman, Sanford, junior Cayden Davis and runner-up Nathan Rigdon. The Eagles finished the week by traveling to Montgomery on Thursday for the Warrior Invitational and placed second.

– What else would you like to see mentioned? For any suggestions, please feel free to email sports editor Kyle Parmley at [email protected]

OUTDOOR SPORTS: Big Hurt is back in force