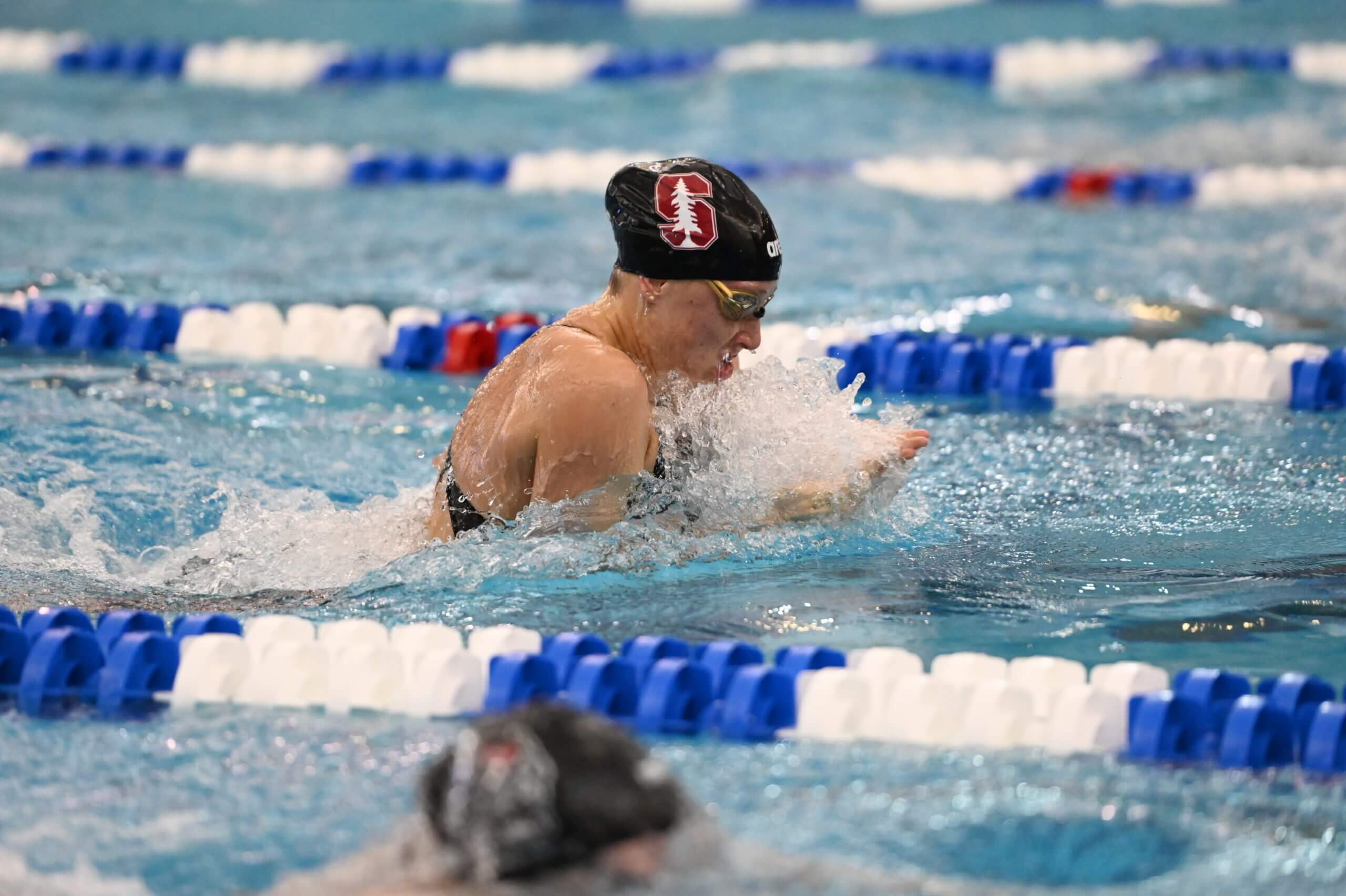 Stanford’s No. 4 women’s swimming and diving started its final weekend at home with a 160-90 win over Arizona State on Friday at the Avery Aquatic Center.

The Cardinal won 13 of the day’s 14 events – which included both relays – opening the duel with a 1-2 finish in the 200 medley relay. The “A” relay team of Regan Smith, Emma Wheal, Allie Raab and Taylor Ruck went 1:38.83 to set the standard for the day.

The Cardinal closed the encounter with another convincing victory in the 400 freestyle relay. The “A” team of Amy Tang, Alex Crisera, Anya Goeders and Lucie Nordman went 3:22.26, nearly six seconds clear of top foursome Sun Devil.

In men’s competition, the Cardinal defeated the Sun Devils Friday afternoon by a score of 184-93 at the Avery Aquatic Center. Stanford has won 11 events on the way to team victory.

The encounter started in favor of Stanford, with victory in the 200-yard medley relay event. Leon MacAlister, Ron Polonsky, Andrei Minakov, and Mason Gonzalez combined for a time of 1:25.72 and first place.

Stanford’s Grant Shoults continued his dominance in the long distance events, notching another win in the 1,000 yard freestyle with a time of 9:09.13. The fifth-year swimmer also took second place in the 500-yard freestyle later in the meet.

The competition ended with a close second place finish for Stanford in the 400-yard freestyle relay. The Cardinal team of Leon MacAlister, Preston Forst, Jonny Affeld, and Andrei Minakov finished with a time of 2:54.09, just behind Arizona State’s time of 2:53.84.

The fastest 200 IMer in the country in Leon Marchand certainly looked the part Friday afternoon at Stanford, as the highly decorated Sun Devils rookie picked up the 200 IM and 200 backstroke victories despite both the men’s and women’s teams falling to the Cardinal.

Erica Laning won the women’s 200m freestyle, hitting the wall at 1:47.58 and passing the 2020 Stanford Olympic silver medalist Brooke Forde, who finished at 1:47.71. Grant House tallied wins in the 200m freestyle (1:34.63) and 400m freestyle relay (2:53.84), joined alongside Carter Swift, Evan Carlson and Jack Dolan. With a pair of wins today, House and Marchand have now won multiple events in each of the first three meetings of the season.

Alex Colson won the 200 butterfly (1:46.76) against Stanford, marking his second victory of the season and the first time in his college career that he won the event.