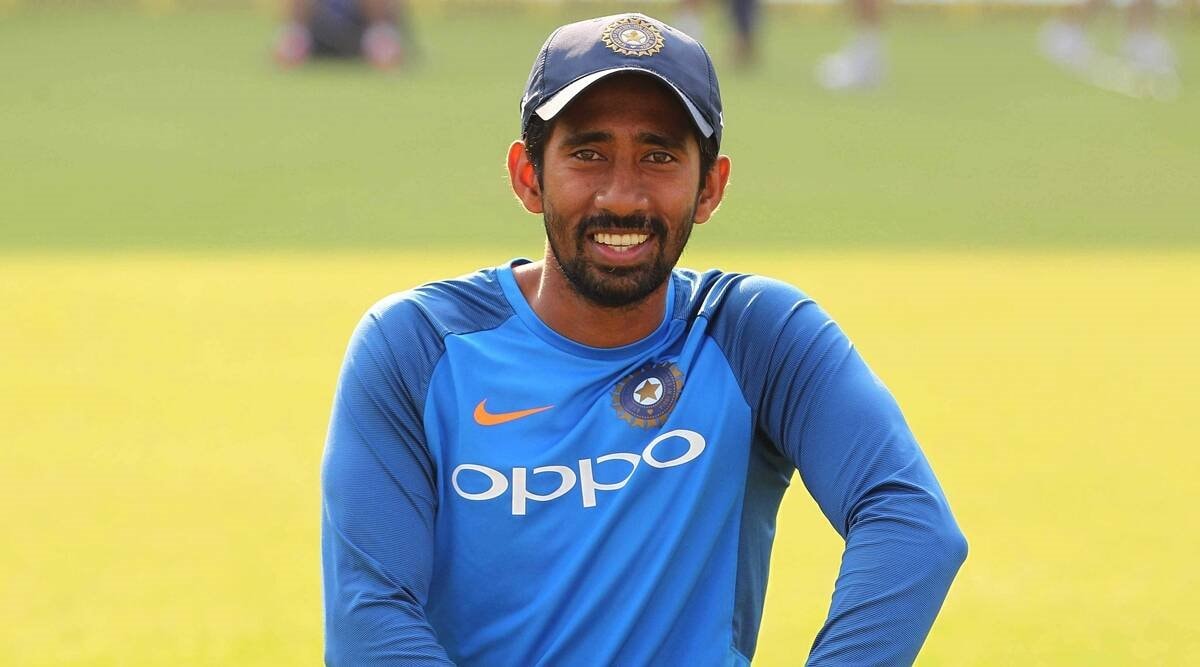 A day after Saha tweeted a screenshot of messages from someone he described as “a respected journalist”, who appeared to be demanding an exclusive interview, The Indian Express has learned that BCCI will ask the cricketer to reveal the identity of the anonymous person before deciding. on his line.

Saha, meanwhile, received an outpouring of support from former cricketers who expressed their solidarity and urged him to reveal the journalist’s name. Former Indian spinner Pragyan Ojha, the representative of the Indian Cricketers Association, tweeted that “we will make sure our cricket community boycotts this so-called journalist!”

On Saturday evening, Saha posted the screenshot with a tweet: “After all my contributions to Indian cricket…this is what I’m faced with from a so-called ‘respected’ journalist! C is where journalism went.

Following the interview request, which included the line “Choose the one who can help the most”, another message in the screenshot read: “You didn’t call. I will never interview you again. I don’t take insults kindly. And I’ll remember that.”

After Saha’s post sparked a social media storm, Virender Sehwag tweeted, “Extremely sad. Such a sense of entitlement, he is neither respected nor a journalist, just chamchagiri. With you Wriddhi.

The same went for former off-spinner Harabhajan Singh: “Wridhi, you just named the person so the cricket community knows who works like that. Otherwise, even the good ones will be suspected… What kind of journalism is this? Harbhajan tagged BCCI President Sourav Ganguly, Secretary Jay Shah and Union Sports and Youth Minister Anurag Thakur in his tweet.

Former coach Ravi Shastri stepped in. “Shocking a player threatened by a journalist. Flagrant abuse of position. Something that happens too often with #TeamIndia. It’s time for the BCCI prez to dive in. Find out who is the person in the interest of each cricketer. This is serious coming from the ultimate team WS man,” he posted.

Former Indian pacemaker RP Singh also backed Saha. “When it comes to BCCI or cricketers, we hear so many ‘sources’ from all journalists. Can only one source tell me who is this so called journalist who threatened Saha? he tweeted.

Usually calm and impassive, Saha, 37, stormed off on Saturday after failing to make the squad. He told this newspaper that he was surprised by some of the statements made by head coach Chetan Sharma during the press conference after the selection committee meeting.

Sharma had told the media that it was not the end of the road for Saha and the other elderly people. But Saha said: “I asked him if I would be considered for the team’s next Test assignments, in England and beyond? He paused for a second or two before telling me that from now on I wouldn’t be considered.

Apparently, Saha’s withdrawal from the first round of Bengal’s Ranji matches was misinterpreted as his loss of motivation after coach Rahul Dravid and Sharma let him know that his international days were over. But the wicket-keeper dismissed such a suggestion, saying the withdrawal was due to personal reasons as his wife had just recovered from a dengue fever attack.

Saha also claimed that Ganguly sent him a WhatsApp message after his defiant 61 against Sri Lanka in Kanpur that “as long as I’m here (head of BCCI), you’ll be in the team”. “Such a message from the President of BCCI really boosted my confidence. What I struggle to understand is how things have changed so quickly,” Saha said.

Bengal Cricket Association (CAB) Secretary Snehasish Ganguly said Saha should have refrained from commenting publicly on a private conversation between him and the selectors or the BCCI. He also said the wicketkeeper should have played the first round of the Ranji Trophy.

“It’s my personal opinion, but what was communicated to him (Saha) by the head coach or BCCI was private. He probably shouldn’t have made it public. Besides, he could have played for the Ranji trophy. He cited personal reasons for stepping down and we have to respect that,” Snehasish told reporters on Sunday. “The door is always open for him, whenever he wants to join the team,”