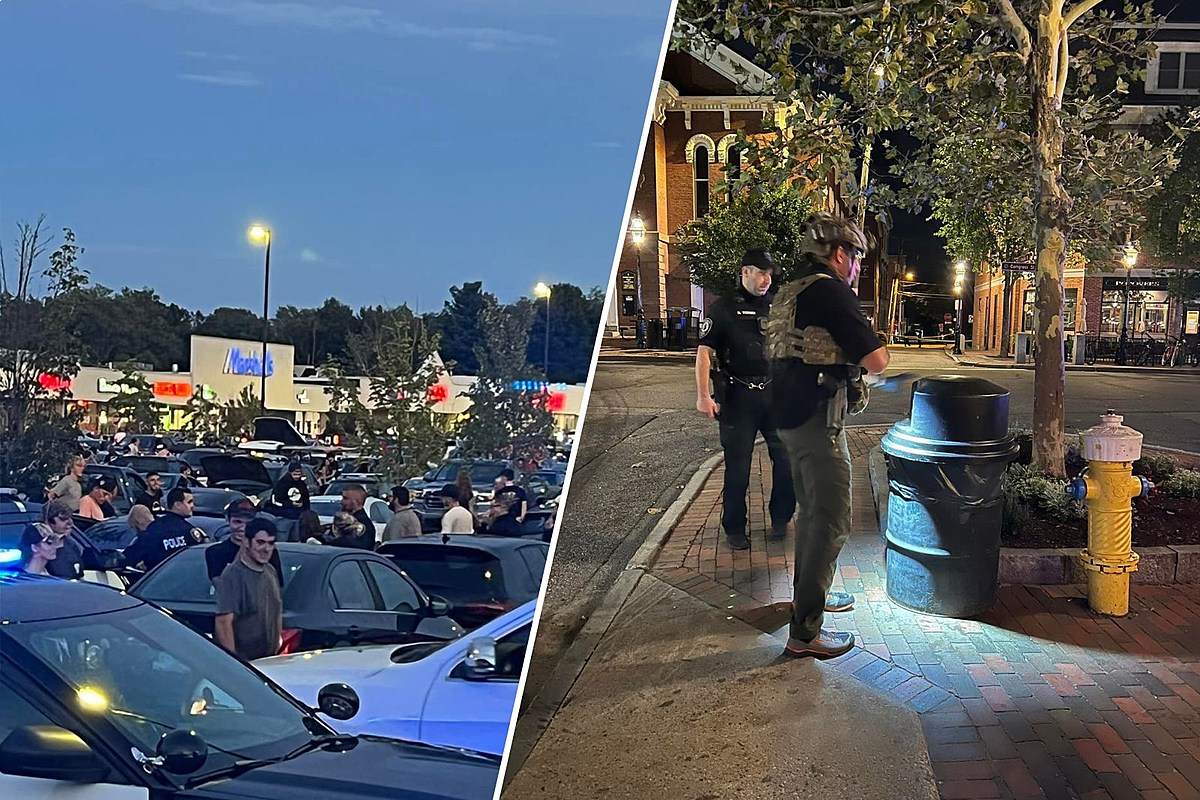 It was a busy Friday night for Portsmouth Police who had to deal with a large car and a bomb threat for several hours.

The evening began with a car meet at Marshall’s and Market Basket mall on Woodbury Avenue with 600 cars on display and nearly 1,500 people in attendance. Portsmouth Police said they were aware of the meet which was promoted on social media and worked with the organizer to keep the event safe for attendees, businesses and their employees.

Video posted by NEWS 603 to its Facebook page shows a large crowd in the parking lot, with several police vehicles patrolling and revving engines.

No arrests were made during the event.

“We realize that there were concerns about speeding and erratic driving of the vehicles and we would like to make it clear that we have done everything possible to enforce the laws on motor vehicles and the safe operation of these vehicles. “Portsmouth Police said in a statement.

person with a gun

Police then closed the Market Square at around 10pm after receiving a call about an explosive device placed in a rubbish bin near North Church threatening to use a gun.

According to police, individuals and businesses within an established perimeter were moved away and the State Police bomb squad was brought in. After a sweep of the area which included K9 Officer Werner and detection of K9 Explosives Ordinance Frankie, no devices were found and the all-clear was given at approximately 12:15 p.m.

No arrests have been made and an investigation is ongoing. Police have asked anyone with information to contact Seacoast Crime Stoppers at 603-431-1199 or 207-439-1199.