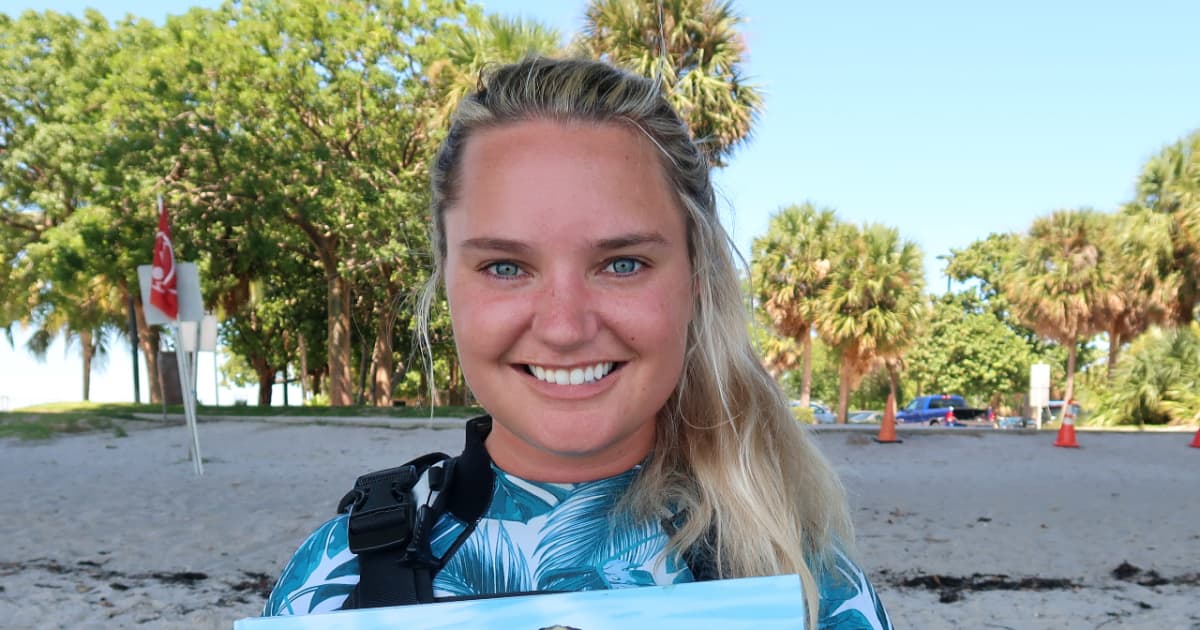 So Erin Spencer has achieved something that very few people have. The marine ecologist and Ph.D. candidate in CRF’s Predator Ecology and Conversation Lab has completed her first science-based children’s book, The world of coral reefs: explore and protect the natural wonders of the seawhich will be released this month.

Growing up, Spencer loved books. Whenever she asked her parents to take her to the Baltimore County Library, they always agreed. The DK Eyewitness series and that of Bill Nye big blue ocean were among his favorites. But all the books have become portals to other worlds, to possible futures. They also sparked another love for writing.

Even today, when Spencer isn’t studying critically endangered great hammerhead sharks, she’s probably at her home office, writing about the ocean. Her fascination guides her. Curiosity about everything from the bright blue bioluminescence in the deep sea to the rather bizarre looking gulper eel becomes a prompt, a chance to delve into different topics and subjects.

Posting anything on the internet can feel like shouting into the void. Spencer knows it. She screamed for years, anyway. A kind of perseverance that paid off.

The Storey publishing house was looking to create a science-based educational children’s book. They also wanted something a little harder to find – an author familiar with science. Storey’s team turned to Google and luckily came across Spencer’s website and his writings.

Although Spencer loves visiting elementary and middle school classrooms and participating in Skype a Scientist sessions to talk about her research with kids across the country, she never really considered writing a children’s book. Storey approaching her with the idea changed everything.

“Writing is something I do in my spare time because I love it. The people at Storey seeing my potential was a dream come true for me,” Spencer said.

Every opportunity, however, can present a challenge. The writing of the book was no exception. Spencer needed to tailor her message to an audience of 7-10 year olds, which she had never done before.

So she turned the whole writing process into a fun mental exercise, which required a bit of time travel – back to her own childhood. She tapped into the mind of that little girl who begged her parents to take her to the library and spent hours exploring the Jersey Shore on vacation and studying the illustrations of Pearson’s field guides, trying to identify the animals she encountered.

Spencer knew a universal truth about childhood. It is a time when curiosity is insatiable, infinite.

“What I didn’t want to do with this book was underestimate what kids could understand,” Spencer said. “I thought about myself at that age and also how whenever I do outreach events in schools, I’m always blown away by how much the students know and what they can relate to.”

Symbiosis. Spawn. Invertebrates. These words usually appear in high school or college textbooks. Spencer decided to incorporate them into her book, turning readers into young scientists exploring the biology and ecology of reefs, as well as the threats reefs face from pollution and climate change. It also includes the challenges facing these important ecosystems, as well as real-world tips and tools for protecting the world’s reefs – which apply to everyone, everywhere, no matter how close or far from home. ocean where they live.

The magic of this underwater world comes to life through the intertwining of Spencer’s words and Alexandria Neonakis’ illustrations. For Spencer, one of the most fascinating parts of finalizing the book was watching how Neonakis interpreted the text to create such vivid and colorful depictions that are also scientifically accurate.