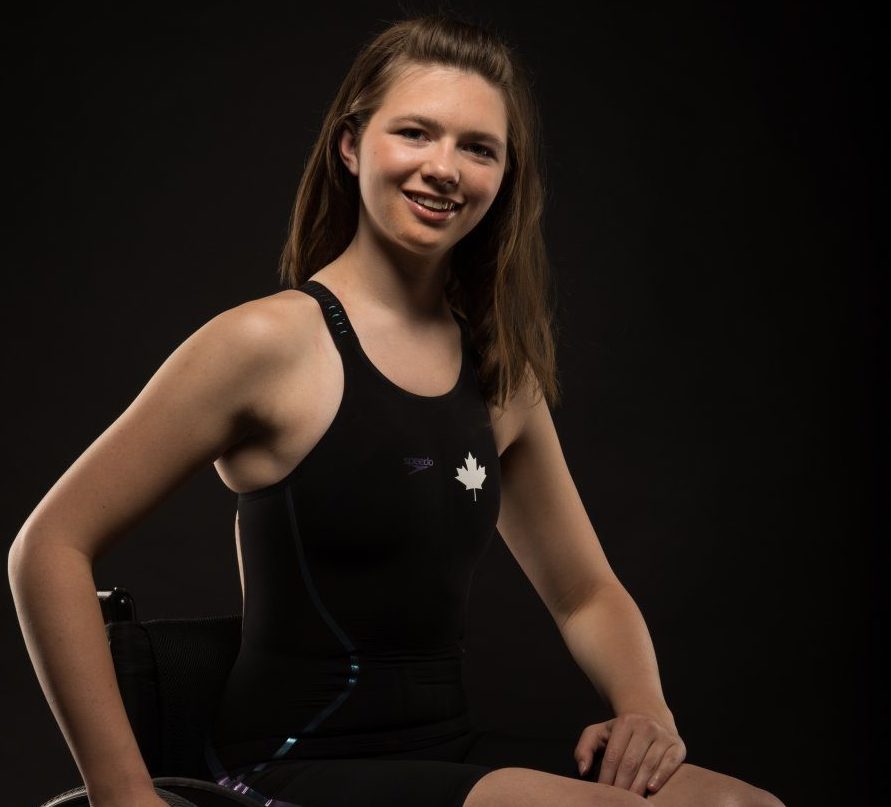 MONTREAL – Gold medals were awarded in 13 events on Saturday as the 2022 Speedo Canadian Junior and Senior Swimming Championships continued at the Olympic Park pool in Montreal.

Pool events run until Sunday, with preliminaries starting at 9:30 a.m. and finals at 5:30 p.m. daily. Open water races are scheduled for Monday at the Olympic Rowing Basin.

The night session opened with two swimmers winning their fourth individual gold of the championships in the women’s 800m freestyle finals.

In the 13-14 age group, Maxine Clark of the University of Calgary Swim Club won by more than 15 seconds with a personal best of nine minutes, 4.57 seconds, adding to her previous individual titles in the 100 m freestyle, 200 m freestyle and 100 m butterfly. Later that night, the 14-year-old star picked up her third relay gold of the week with UCSC.

“My 800 was fine. I was hoping to be a little faster but I think it was the best I could do on day six of the competition. I’m still pretty happy with it,” Clark said.

In the 15-17 age category, 17-year-old Emma Finlin of the Edmonton Keyano Swim Club clocked 8:47.20 for a close victory over Laila Oravsky of the Barrie Trojan Swim Club (8:49.33). Finlin, who represented Canada in open water swimming at the recent World Championships in Budapest and who is set to compete at the Junior Pan Pacific Championships next month in Hawaii, had already triumphed in the 400 free, 1500 free and 400 IM earlier in the competition.

“It was a very good race. I was pushed by Laila in lane three, she swam really well,” Finlin said. “Maintaining my volume has been a big priority this week with the Junior Pan Pacific Championships pretty close and my coach is very good at helping me do that. Just a great support team.

In the women’s 18+ 200 backstroke final, 18-year-old Regan Rathwell of HPC-Ontario won her first gold medal of the week after posting five second-place finishes. Rathwell, another member of the Canadian Junior Pan Pacific team, hit the wall in 2:11.28 to beat Ingrid Wilm, 24, of the Cascade Swim Club (2:13.25), who finished fourth at worlds in the 50 backstroke .

“I’m very happy,” Rathwell said. “There are a lot of very good swimmers here, so I’m not necessarily disappointed with the silver medals. Everyone I’ve followed are incredible swimmers who fully deserve their gold medals. I’m just glad it’s my turn this time.

On the men’s side, Yu Tong Wu of the Surrey Knights Swim Club took his championship tally to four gold medals and six overall with his winning time of 54.68 in the 16-18 100m butterfly final. Wu edged out two Junior Pan Pacific teammates, Benjamin Loewen of Crest Swimming (54.90) and Bill Dongfang of Island Swimming (55.36).

“I practiced a lot in flight. Originally the target was the 200m butterfly, but it didn’t go so well because I lost to Ben,” said Wu, whose previous wins this week have come in the 200m. 400m and 800m free. “I ended up doing pretty well in the 100 tonight, which I’m really happy about. I’m not really a sprinter but it’s good to prove that I can do well in sprints as well.

In para-swimming, Shelby Newkirk of the Saskatoon Lasers Swim Club earned her second win of the week with a Canadian record S6 time of 1:14.55 in the women’s 100 freestyle multi-class final. The Paralympian from Tokyo set the previous national standard of 1:15.21 last June at the World Championships in Portugal, where she finished fourth.

“I am so ecstatic. This morning I was only three tenths of a second off my Canadian record,” said Newkirk. “I kind of had my all-time personal best in sight tonight and I thought ‘we’ll see what happens’. I did everything the whole race. Touching the wall and realizing that I had broken my record, especially at this point, was very exciting.

Below is a full list of Day 6 National Champions.

Nintendo recap: The truth behind the Bayonetta cover-up and a glimpse into the success of Xenoblade Chronicles 3