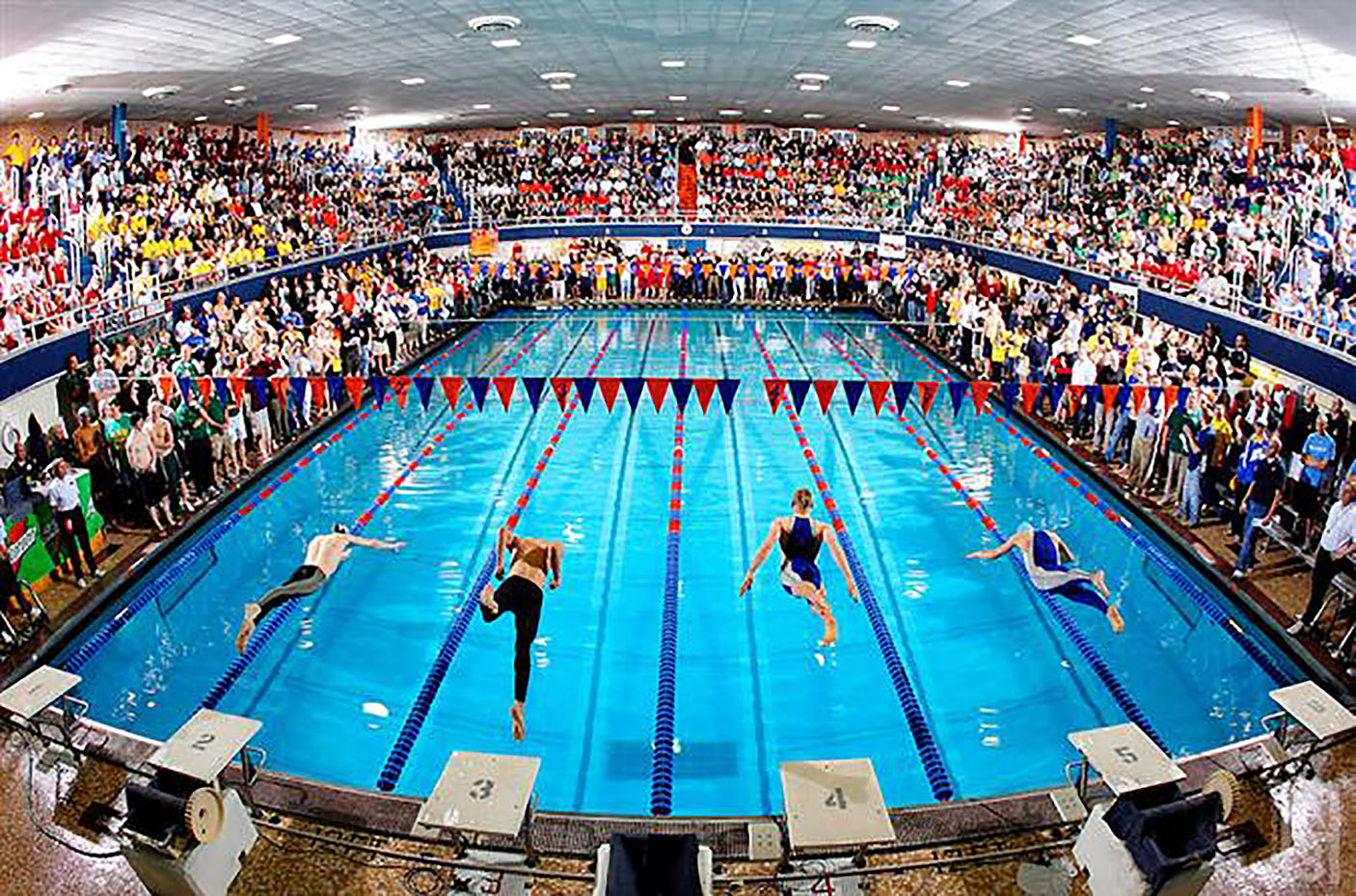 When high school boys across Illinois make waves this weekend at the IHSA Boys State Swim and Dive Meet, they will be doing so in new waters.

After decades of alternating national swimming competitions for boys and girls between Evanston and the new high schools in Trier, the IHSA has moved the events to the MC Natatorium in Westmont.

Featuring an Olympic-sized competition pool, the FMC Natatorium opened in 2020 and is one of the first such facilities in the Midwest. The girls’ national finals were held there in November and the boys are scheduled to take place this Friday to Saturday.

New Trier first hosted the IHSA Boys National Swimming and Diving Finals in 1937 and has hosted the event more than any other venue in state history. New Trier hosted consecutively from 1943 to 1957, before rotating those responsibilities with Evanston Township from 1958.

The FMC Natatorium is a state-of-the-art venue that features 1,400 spectator seats, an 800-person deck capacity, warm-up and cool-down pools, and a video scoreboard with a timing system integrated.

“We have been following the progress of the FMC Natatorium since MaryAnn and Mark Kaufman announced their vision for this facility,” said IHSA Executive Director Craig Anderson. “We recognized that the amenities of this natatorium would make it ideal for hosting what is considered to be one of the best high school swimming competitions in the country.

“We believe this is where the Illinois high school swimming and diving community wants the state meet to be held, despite the incredible history that unfolded in New Trier and Evanston. We are excited about the future of FMC Natatorium, while looking back with nothing but affection and appreciation for all that New Trier and Evanston have contributed.

“It was an honor for New Trier High School and Evanston Township High School to jointly host the IHSA Boys’ and Girls’ National Swimming and Diving Finals,” said Augie Fontanetta, athletic director of New Trier, who also sits on the board. IHSA Board of Directors. “It is a unique and special experience to be associated with the history and tradition of this incredible state tournament.

“However, it’s the right move for high school swimmers and divers in our state. FMC Natatorium is a world-class facility and offers a significant number of ancillary benefits for competitors and spectators. I look forward to seeing our student-athletes compete there as we write the next chapter of IHSA swimming and diving at Westmont.

The surge in gold and oil following the Russian invasion, stocks and the fall of the euro

Towards higher education? Find out where to get student loans below 7%