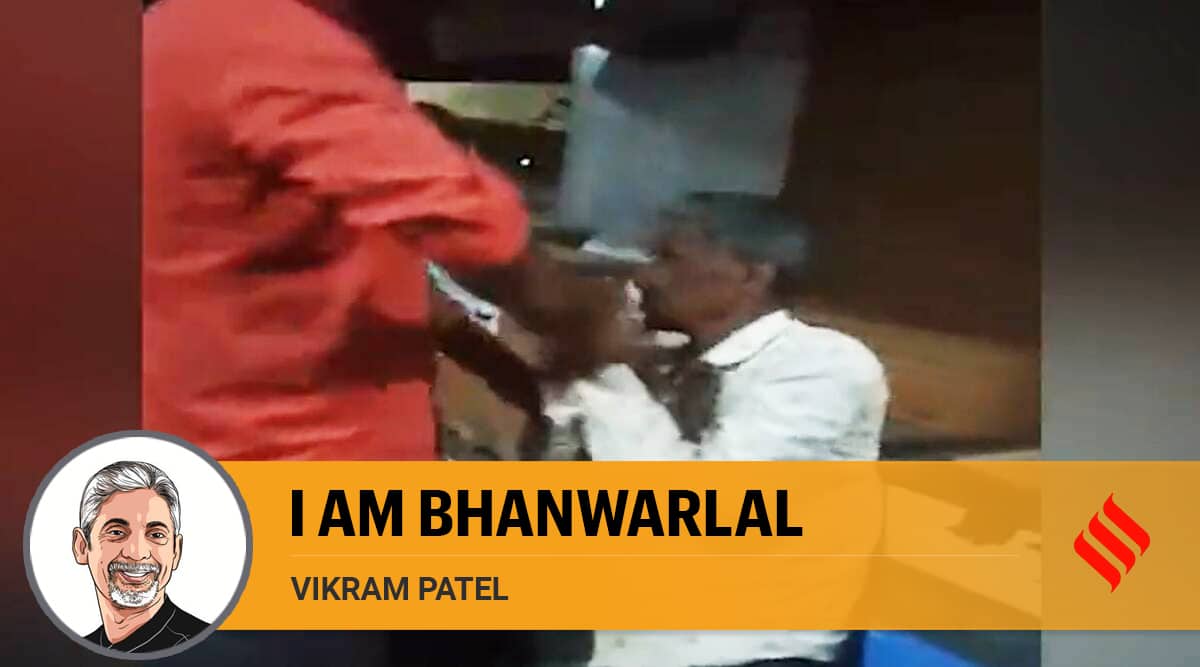 Murder in Madhya Pradesh – I am Bhanwarlal

The murder of an old man in Madhya Pradesh a few days ago shook me to my core. Of course, such acts of wanton cruelty are not uncommon in this country. What broke my heart was that the victim, Bhanwarlal Jain, was described by his family as “mentally handicapped”. Interrogated, then ruthlessly beaten, by his attacker demanding proof of his religion by repeatedly asking him if his name was “Mohammad”, he became terrified and bewildered, unable to grasp the nature of the evil he was facing and to respond to the demands of his torturer. questions. I would surely not understand such senseless violence either. Blows rained down on this distraught and unhappy man until his death.

While Bhanwarlal’s actual religion is an immaterial footnote to this crime, as wanton violence is unforgivable under any circumstances, it later emerged that he was a Hindu. Just like his attacker who, blinded by his hatred of the other, murdered one of his own.

What was even more heartbreaking was that a bystander videotaped the assault, essentially watching a helpless man be murdered in cold blood and recording it for posterity, instead of intervening to stop the strokes. That the attacker was quickly arrested and charged with murder should have relieved my anguish, but another thought tormented me: what if the victim was, indeed, a Muslim? Would the police have acted so quickly? And then, an even more distressing thought: what if the attacker had been a Muslim? Did the police send bulldozers to demolish his house?

At first glance, this murder might be seen as yet another incident in the sordid history of callous behavior towards people with mental illness. From a medieval past, where people battling disease could be whipped, branded and burned on suspicion of being possessed by evil spirits, we have moved on to modern times where the afflicted were executed (little know that the first victims of the Nazi gas chambers were mentally ill people, bussed from psychiatric hospitals to their death), incarcerated, bound, beaten and sedated, deprived of their basic rights to liberty, dignity and inclusion by legal diktat. It took a landmark investigation by the National Human Rights Commission in 1999 to begin the long-awaited task of reforming our colonial-era psychiatric hospitals. But shameful attitudes and discrimination continue to permeate our communities, and every once in a while a person with mental illness is lynched. Last December, a mentally ill young man was murdered in a gurdwara in Kapurthala on suspicion of having committed sacrilege; he is said to have entered the shrine to obtain food to relieve his hunger. Over the past decade, countless others, including many mentally ill women, have been lynched on suspicion of being witches.

The best of Express Premium

But this latest egregious murder is, in my view, an even more disturbing symptom of a sick society where myriad prejudices melt into a malignant whirlwind and random cruelty becomes an unpredictable routine. How else to describe a society where a person can be lynched in a public place without any fear of the police, watched and filmed by others as if it were some kind of macabre entertainment? Bhanwarlal is only the most recent addition to the growing list of lynchings in modern India and many of those who suffered this terrible fate did not struggle with mental illness. His lynching could only have happened because our society has long been fertile ground for the othering of groups of violent people. To the long history of othering of Dalits and people with mental illness, one can now add the othering of religious minorities, people who look “foreign” and prisoners. The shocking killing of four men, including two teenagers, charged with rape and murder in Hyderabad, by police in 2019 is only notable because on that occasion a commission appointed by the Supreme Court found them guilty of have organized a meeting.

Bhanwarlal Jain was 65 years old and suffered from mental illness. He was beaten and later found dead. The BJP government’s discriminatory policies against minorities and lack of accountability for escalating mob violence, especially against Muslims, have fueled such attacks in #Indiasaid @hrw pic.twitter.com/xKEX1cpsUY

India’s heart of darkness is characterized by a manufactured hatred against groups of people perceived to be different, the ability of perpetrators to attack individuals from these groups with impunity, the complicity of the police with this violence and the growing tolerance of such cruelty in our communities and our political classes. This poisonous brew will eventually poison us all.

Indeed, that is exactly what I see happening in the United States where the incarceration and murder of people with mental illness, often by the police, is but a symptom of a deeply troubled society where ideologies polarizing have fractured communities and fueled growing suffering. and deaths due to hate crimes. In the past month alone, the massacres of children in a school and of black people in a grocery store remind us how hatred vomits deadly consequences on innocent people by eroding social bonds, that intangible but essential thread that unites, binds us to one another and ultimately weaves the fabric of our community.

The murder of Bhanwarlal Jain makes me wonder what kind of hellish hell India, home to an infinitely diverse people with a common history, culture and home, has descended into. What has become of our convictions to be united in solidarity which, not so long ago, saw us uniting against and defeating our foreign oppressors, while teaching the world the power of non-violence? How can ordinary individuals be so consumed by hatred that they can crush and extinguish a defenseless and innocent life solely on the basis of their identity? No matter how deeply I delve into my years of experience as a mental health professional in search of an answer, only one comes to the surface: such violence is not simply the act of a single disturbed individual. Such violence can only be understood as a symptom of a society that has lost its moral compass, a society that is deeply ill.

Curing this disease will require all of us, regardless of our position on the ideological spectrum, to recognize and address the existential threat this violence poses to our nation, our communities, and ultimately, to ourselves. Unless we do, with every Bhanwarlal who is murdered, a part of each of us will die too, until soon there is no more reason to live.

Get to Know: Elle Gilkerson