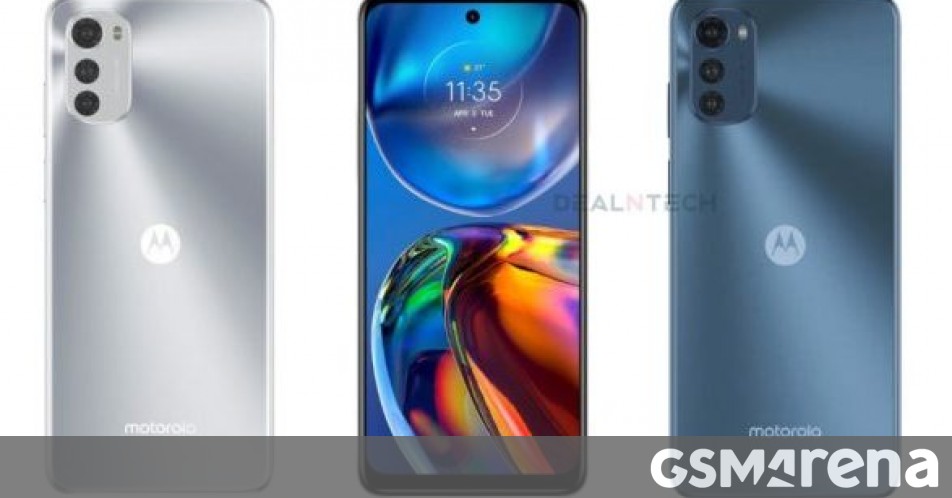 The upcoming Moto E32 was depicted in a few leaked official-looking renders yesterday, and those also come with a small assortment of specs. Today, however, we get the full specs sheet for the device, along with some more renders. So let’s go, okay?

The Moto E32 will of course be an affordable smartphone, and this is evident from the alleged use of the Unisoc T606 SoC, normally reserved for the cheapest offers. This will be associated with 4 GB of RAM and 64 GB of expandable storage. Keep in mind though that past rumors were about the phone being powered by the MediaTek Helio G85 instead (and also having a 6/128GB version).

Next, the handset is supposed to come with a 6.5″ LCD screen with a center punch-hole for the 16 MP selfie camera, a triple rear camera setup (16 MP main, 2 MP macro, 2 MP depth sensor) and a 5,000mAh battery with 10W charging support.

The Moto E32 is rumored to be running Android 11, and it’s expected to measure 163 x 74 x 8.5mm while weighing 190g. Leaked prices based on a list of retailers cost €179 in the EU. Now that we have pretty much all the details, hopefully Motorola will make this one official sooner rather than later.