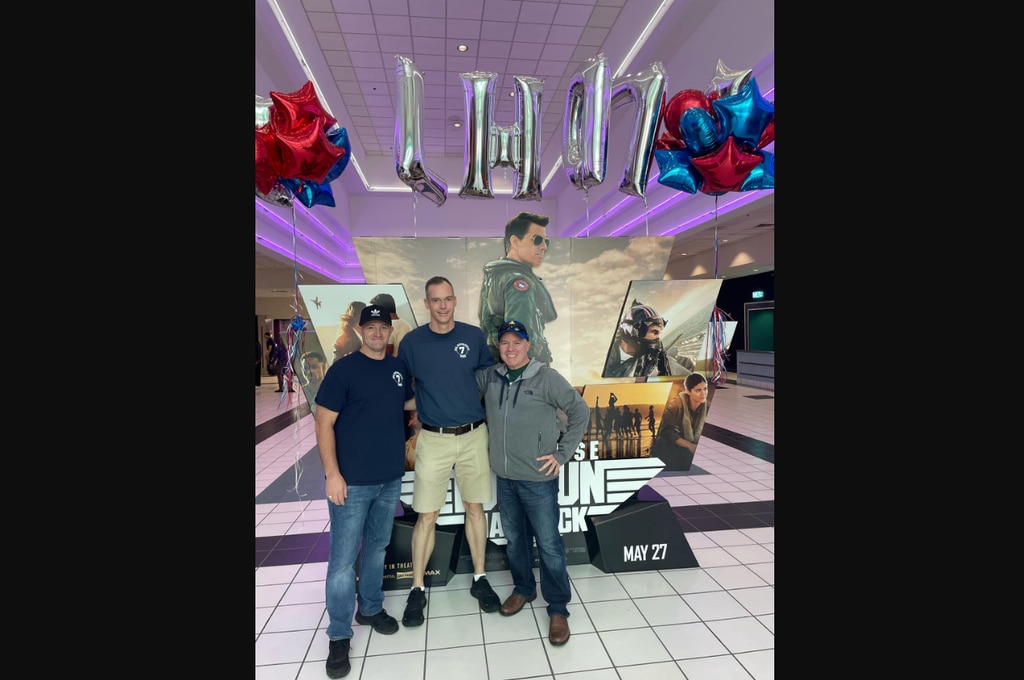 Ship life is tough, and ship life while said ship is in drydock for maintenance in Norfolk is its own kind of shit, as anyone who has followed the Navy in recent months has come to understand.

So big Zulu bravo to Captain Judd Krier, skipper of the amphibious assault ship Iwo Jima, who took his massive crew of 700 sailors – minus the service section, of course – to see “Top Gun: Maverick” in a theater local late last month.

The Daily Press first reported on this act of good CO’ing, where Krier even jumped for sailors’ drinks and popcorn.

The idea came to Krier as he huddled with his command team and looked for ways to make things less strenuous for his crew as the ship underwent maintenance at the General Dynamics NASSCO-Norfolk shipyard in Virginia, according to the Daily Press.

“It’s a chance for everyone to connect with a great Navy movie,” Krier told the publication.

Kudos to Krier for taking care of his men and women during this maintenance period and for giving future commanders, executive officers, and command chiefs throughout the service a glimpse of what good leadership and reinforcement looks like. morale.

Last month, the Iwo Jima team was treated to a visit from several WWE pro wrestling superstars ahead of their show in Norfolk.

It’s still unclear if Davis, Krier or the other Iwo Jima shipmates on the tour gave the high-flying duo any advice on how to dethrone WWE’s undisputed and dastardly champions The Usos, who don’t would ever take a whole crew to see a movie. at their expense…probably.

Whatever your stance on Navy morale-building activities, we can all agree that Ford’s frog splash is a thing of beauty – a dive the Navy should most definitely incorporate into their swim test qualifications. .

Eddie Guerrero would be proud.

Observation Post is the Military Times’ one-stop-shop for everything off-duty. Stories may reflect the author’s observations.

Geoff is a senior reporter for the Military Times, specializing in the navy. He has covered Iraq and Afghanistan extensively and was recently a reporter for the Chicago Tribune. He welcomes all kinds of advice at [email protected]