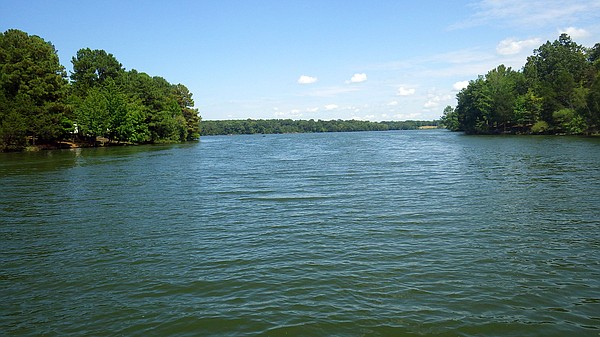 Last week’s destination post featured a historically significant section of northeast Arkansas with an interesting story to tell. Well, we’ll be shifting gears this week, as we near the end of this series of articles which focused on a section of the state called Crowley’s Ridge.

I don’t think Lake Charles State Park is a place that history buffs will find of much interest. However, those with a passion for spending time amidst wonderful nature are likely to find this particular destination both intriguing and worthy of a visit.

The facility is located in the northeastern foothills of the Ozark Mountains, literally minutes from the historic site we covered in last week’s article.

Lake Charles State Park is nestled on the western shores of a 645-acre reservoir and is near four scenic rivers and the Shirey Bay-Rainy Brake Wildlife Management Area. In a nutshell, the park’s proximity to acres upon acres of water and public land is a recipe for hordes of fun.

But let’s focus on what’s inside, or at least accessible from the perimeters of the park. We will start with Lake Charles. The reservoir is one of the largest man-made reservoirs in the northeastern part of the state and offers the opportunity to experience several outdoor activities.

The swimming area is a popular destination throughout the summer months, and one would think that some will continue to visit the designated area during some of the hottest days in the early fall season.

The swimming area is open to the public, free and is located in the day-use area. The gentle slope is made up of a sandy substrate. You should know that animals are not allowed and that no lifeguard is on duty.

Speaking of the day-use area, picnic areas are popular stops for those who prefer a short stay in the middle of Mother Nature and prefer to spend the nights in the comfort of their own homes. Most picnic sites are in the shade of native trees and sport tables and barbecues. Those who use the picnic area will find themselves close to modern restrooms.

Those planning a large gathering might be interested in the group pavilion. The structure is screened and has lights and ceiling fans. A playground is also located in the day use area, allowing parents to soak up the beauty around them while their children burn for energy.

Four launching ramps provide wide access to the lake. However, you don’t have to be a boat owner to experience a water excursion. Canoe and kayak rentals are available at the visitor center, as well as guided tours.

Those who embark on a paddling excursion will be aware of many beautiful landscapes and will be likely to see a variety of plants and animals during their trip.

Of course, spring and early summer offer the best chance of seeing wildflowers swaying in the wind. However, there are some native plants that bloom later in the year and could pop up in the weeks to come.

As for the native fauna, one is likely to see creatures going about their daily rituals in all seasons. Various mammals including white tails, raccoons, opossums, and squirrels frequent the shore. And I wouldn’t be in the least surprised if an occasional paddler fell at the sight of a fox, or maybe even a bobcat.

The lake is located in the Mississippi Flyway, making it a great birding destination during the annual waterfowl migration. A bald eagle can be seen flying above its head or perching in a nearby tree during the winter months, and some species of wading birds have likely made their home in the lake in all seasons.

Let’s talk about fishing now. Charles Lake is teeming with bass, crappie, bream and catfish. What about the quality of the fishing? Personally, I have never fished in these waters. However, I have read information suggesting that the lake “is where the greatest number of 20-inch bass have been captured in northeast Arkansas.”

I don’t know about you, but it’s more than enough to convince me that this particular body of water is worth setting a hook. It’s also heartwarming to know that a full line of live bait is available at the Visitor Center from March through October.

Boat owners should be aware that there are no engine power restrictions on the water. However, personal watercraft, skiing and tubing are prohibited. And of course, within 100 feet of the park’s shore, all docks and jetties are considered a no-wake zone.

While those who fish from a boat probably have the greatest chance of action, that doesn’t mean the angler won’t have their fair share of success fishing from the shore. In fact, I’m going to take a risk and suggest that most people who pursue catfish with a rod and reel prefer shore fishing.

With this in mind, two barrier-free wheelchair accessible fishing docks are located within the perimeters of the park, as well as several courtesy docks.

What about those who aren’t so keen on fishing and other water sports, but still have a great passion for the great outdoors? Of course, one can enjoy the scenery and soak up the fresh air from anywhere in the park. But designated trails also crisscross the property.

The Butterfly and Flower Trail is accessible in front of the Visitor Center and provides an easy one-third-mile getaway. Those who embark on a hike along the designated trail will meander past the wildflowers during the warmer months of the year and are likely to see butterflies and other insects collecting pollen from the flowers. Deer are often seen roaming the beaten track.

The Mockernut Trail is three quarters of a mile long and suitable for easy to moderate walking. The course winds through a wooded environment and runs along the coast. Mockernut hickory trees abound along the trail and are preferred by woodpeckers. Several wildlife species feed on the nuts and can often be seen in the area.

The Cedar Trail is 1 mile long and lends itself to an easy walk. In fact, the majority of this particular road is paved, as it follows the contour of the lake shore. The path runs along limestone outcrops and allows you to see several species of native trees.

The White Oak Trail is 1.5 miles in length and is rated as moderately difficult. The designated path crosses occasional streams and runs along the edge of the shore. Wildlife sightings are common along the route as it passes through a fertile area with various natural food sources.

Of course, camping enthusiasts are also welcome at the park. In fact, it sports 24 Class AAA sites and 34 Class B sites.

Yes, Lake Charles State Park has something to offer a lot. And it’s a destination I plan to visit again when I have time to jump into the waters of the reservoir.