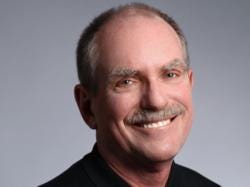 It is time to accept what is happening today and have our eyes open to our future.

Recent columns in this space have focused on the growing perception that many of us have of the changes that have taken place in the place we often call paradise. The first two columns touched on many issues that are clearly on the minds of many of you: traffic, lack of affordable housing, homelessness in the present, and growing development and climate change issues around the world. ‘coming.

In order to move beyond the mere complaint and inherited thinking that got us here, we need to start adjusting our vision. We are at a crossroads and must choose between the road we are already on and the road to creating the future we want.

There was a time when there were climate change deniers in America. This was understandable 20 or 30 years ago, when today’s climate crisis was not yet fully apparent. The level of CO2 in the atmosphere and the resulting warming of the Earth are at an unprecedented level since homo sapiens has been on the planet. If something has never happened before, it’s understandable that some people think that, before solid evidence on a personal level, something might not be real.

Now, of course, the reality of the climate crisis is real, present and evident. Over the past few years, only those who don’t watch the news can deny the unfolding climate crisis. Ask the locals of Casey Key about their endangered beaches. Ask the tens of thousands of California residents who have lost their homes to fires due to unprecedented drought. Ask the meteorologists who report the sharp increase in Category 3, 4 and 5 hurricanes. Ask the watchmen about the unprecedented incidence of tornadoes. Ask ski resort owners in Europe and the United States that their seasons are at least a month shorter than 30 years ago.

At the same time as deniers loudly denied it, scientists were making erroneous predictions about when the planet would warm. Incorrect because the rate of warming and its consequences have been much faster than expected. For example, sea level rise has been one foot over the past hundred years in our region. We now know that the rate of SLR is increasing to such a degree that we could see a foot of SLR in the next 50 years or less.

Yet we on the Gulf Coast are not really taking that reality and really dealing with it. The massive oceanfront real estate developments on Lido and Longboat Key, and downtown Bayfront all seem to stem from legacy thinking that disregards the climate crisis. I have often been asked what I think of such developments, and my simple answer is that the economy will have to be structured for a 10-20 year timeframe of economic return, not the 30-50 years that have been used.

Sarasota and the beach communities of the Gulf Coast barrier islands are places that derive a lot of economic benefit from beach tourism. 2021 was the best year ever for tourism in Sarasota, but we have to be concerned. Worry will cause us to think differently about our future. Thinking that things will continue as they have is truly a recipe for disaster in the 2020s.

How do we predict a vibrant Sarasota in 2040? We let go of inherited thinking. We abandon all persistent climate denial. This is the reality of our future.

An example of thinking differently is an exercise that Tim Rumage and I developed several years ago. Tim is the Head of Environmental Studies at Ringling College of Art and Design, my co-author of “This Spaceship Earth” and a planetary ethicist. Building on our “Bird’s Eye View” video, we incorporated the inevitability of SLR into our planning (thisspaceshipearth.org/2017/01/birds-eye-view-video/).

We then analyzed what tourists like to do in a beach resort – lying in the sun, walking on the beach, swimming, eating, paddle boarding, kite surfing, fishing, water skiing, boating and generally spending time in the sun and surfing. How can all this continue if the beaches disappear?

We took the concept of a jetty, which is perpendicular to a beach, and decided to make it parallel to the beach. Located the right distance from the current beach, say 100-400 meters in the water from the current high tide lines. Make each structure – Lido, Siesta, LBK, Anna Maria – about 800 meters long and about 50 meters wide. There are shaded places, places to lie in the sun, steps and diving platforms in the water, places to dock boats, places for water taxis which can depart from each key or from the downtown, food stalls and watersports equipment rentals.

In addition to the platform, create a reef of art sculptures and various sunken objects below – the classic car reef under the Siesta structure, art sculptures off the old Lido beach and boats cast under the LBK structure. Anything that works.

What this underwater reef will provide are two important things. First, a reef, which will reduce the erosion inherent in the SLR and restore aquatic life. Second, it will create a place for snorkeling and scuba diving, which the gulf coast isn’t strong on. People don’t come to Sarasota to snorkel and dive. In the future they will. Sarasota may become the first truly unique place to visit as one can dive above a reef of classic cars, sculptures or sunken boats. Something that will be the vanguard of a tourist destination in the age of the climate crisis.

Now, this column is not about that specific idea, but about the absolute need to think in new and creative ways about the future of our beautiful part of the world. It’s time to start.

Sarasota resident David Houle is a world-renowned futurist. He has spoken on six continents, written 13 books, and is Futurist-in-Residence at Ringling College of Art and Design. His websites are davidhoule.com and the2020sdecade.com. Email him at [email protected]