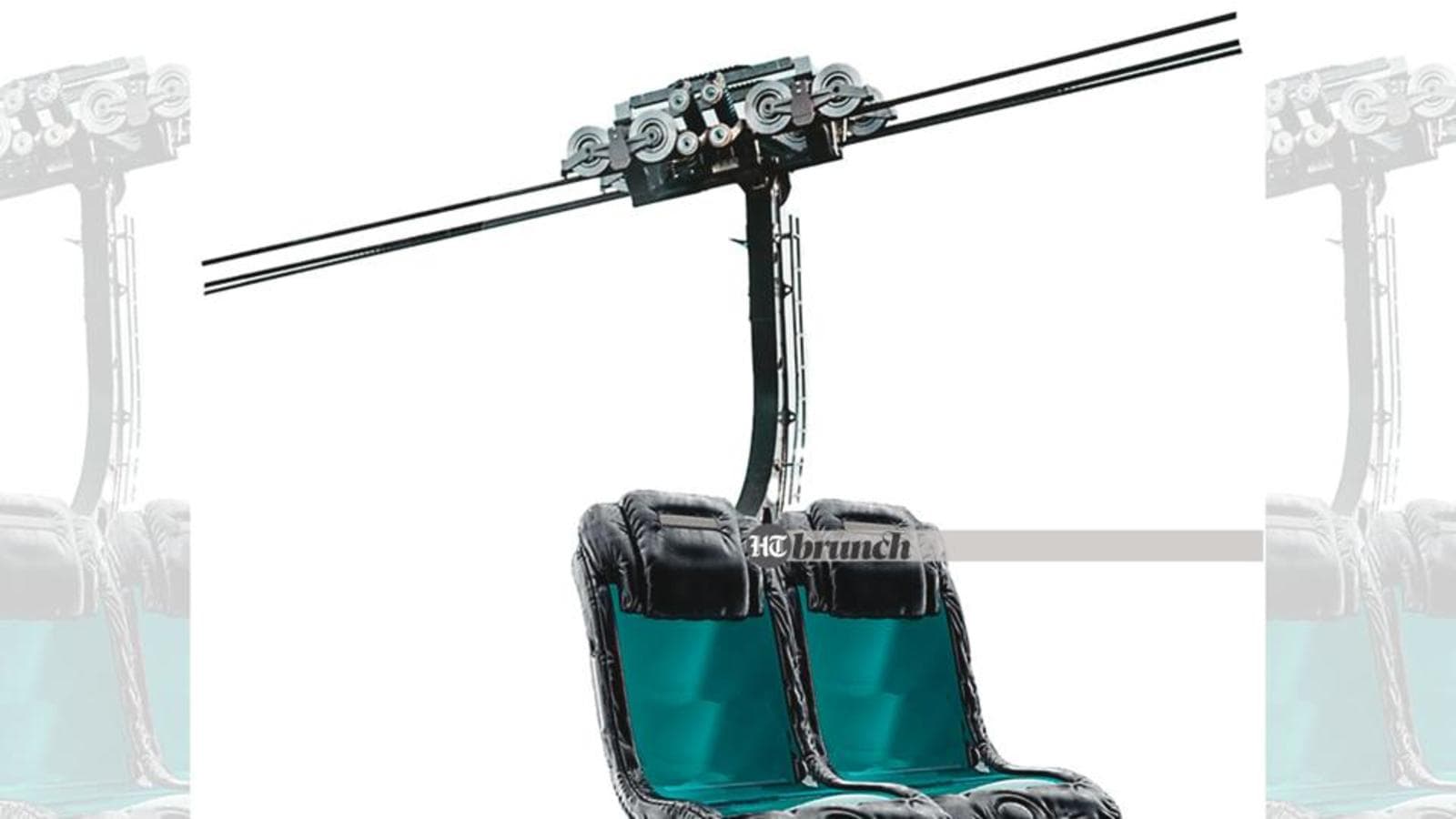 I recently experienced a horrible thing. As I was going on vacation after two long, soggy years, my phone broke. It capsized as I hysterically rushed over to Majnu-Ka-Tila to board a bus that would drop me off in this battered city that rhymes with the word “banally”. After that I would hike to paradise. Now, I thought, as I vigorously crushed a screen as viciously inanimate as a shark’s eye, I would have no picture of heaven. We arrived, tortured by a night spent sleeping on our feet just for fun, and I immediately dragged my exhausted husband, not for a massage, momos or beers, or whatever the kids get high these days. , but in a phone repair shop where the coolest thing was a few dogs I suspected were rugs because they slept through everything, even holiday revelers screaming behind bobbly kids in creepy down jackets on a proliferation of tights.

We spent several hours waiting for the jugaad-tech miracle, our aching buttocks becoming more and more icy on a metal bench as we gazed at the newlyweds, recognizable by the brides’ heels in a town tilted to 98 per cent. hundred, and spirals of blood-colored bracelets wrestling with sweatshirt sleeves as sindoor-soaked selfies were taken. In the distance I spotted the edge of a fucking brilliant sunset, but first a selfie. That night, on stiff whiskeys drunk under the soothing touch of live music, after many ghost dives into my empty pocket to record the guitarist for an imaginary future where this video would matter, I succumbed. My phone, the first greeting of each day, was not going to do it. The next morning I dashed valiantly through the hills, Decathlon’s blessing upon me. You already know the end of this story. There is no depth in there, only a blazing common sense that we seem to have lost, perhaps the very day we took our first selfie, slipping into some inability to ever really look inside at. new. Of course, I adapted. Humans do. This is how we aligned with parchment madness, where our brains are stabbed every few seconds with new shiny and jagged information, all unrelated and sort of scrolling as needed.

Cheesecake / Manmohan / # prayfor / Madonna’s nipple / Scottish Castle / new book / AI / rape / Dandan noodle / Succession. It was my brain. Then suddenly it was the song of the whales: moooooountaaaaaaiiiiiiiinnnnn / treeeeeeeeee. It was slooowwwwww and BIG and very sweet. It was amniotic. When I returned to “civilization” after the dusty wasteland of the off-grid, I found nothing changed. I hadn’t missed anything. Everyone was still outraged or sulky, things had been kicked off and canceled, governments hadn’t fallen or leaned down yet. The ouroboros status quo of which I briefly died continued. When that eavesdropping connection to the world collapsed under offensive HTML, I called it an infidel blindfold, but in absentia it became a doorway to the “now” that I desperately missed as I constantly watched. . I’m aware of stacking the irony so high here (disconnect to connect / disconnect dive / stop watching start to live) “real time”? Somehow, we forgot this ‘post’, that means after. Turned off, my device has become a time machine, a pair of glasses, maybe a tight slap – the kind mothers want to give our constantly bowed heads. As for the trek, I have photos. They are Photoshop free, in color, in 3D and deeply indelible.