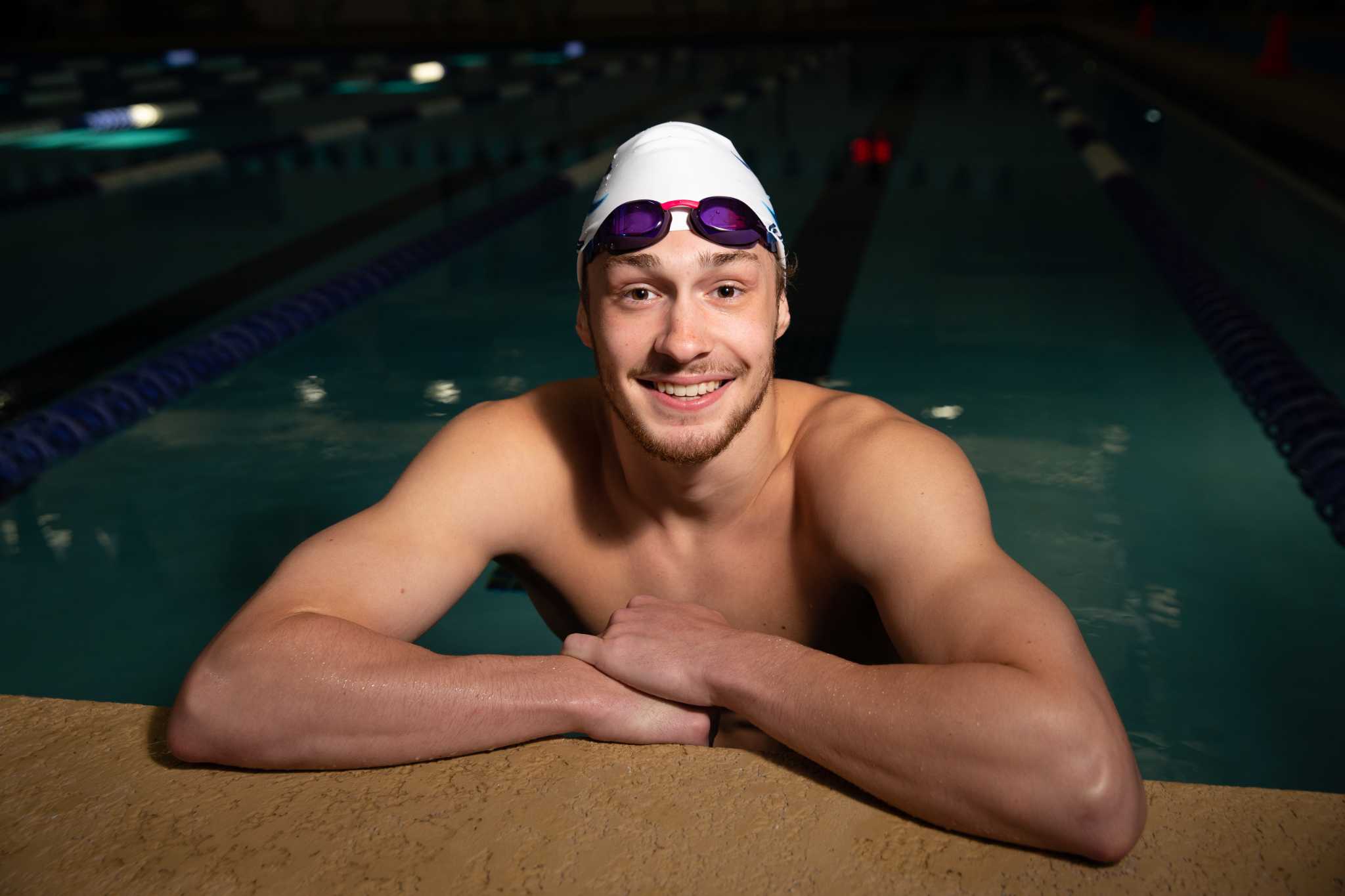 Garret Green is very proud of the competition.

Perhaps that is why the Kingwood program was so successful during his four years there.

The culture that Green and his fellow seniors established with the Mustangs laid a solid foundation for future teams. Now the 10-time UIL State Medalist is heading to College Station for the next chapter in his career.

Green, who signed with Texas A&M in November, ended his senior campaign on a high note. He and the Mustangs took second place in the team standings behind Southlake Carroll at the Class 6A state meet in Austin in late February. Green played a big part in that success and came away with four silver medals.

For his efforts leading Kingwood, Green is Greater Houston’s Male Swimmer of the Year.

Q: At the start of your senior year, what expectations did you have for yourself and the team?

Q: You swam very well in the state meet. How did you experience your performances?

A: “I’m much harder on myself than I should be, but I think I had a good meeting. It wasn’t exactly what I wanted, but I can’t complain. I got four second places, and obviously that’s a big deal. As a group, we have done wonders. We did really well. Second place is obviously excellent. We wanted more. We wanted first place, but we can’t do anything about it now. We’re just glad we got that second place without divers too.

Q: What made your relay teams so special and successful?

A: “In every relay we participate in, we compete every day. It’s a competitive relay between us. We want to divide ourselves more than we want to divide anyone else. Especially at Kingwood, our training is really tough, and that’s where a lot of our competitive racing comes in. We don’t want to lose to each other.

Q: How have you experienced your participation in this program over the past four years?

A: “It was great to see him grow from where he was to where he is now. It’s really special. Good to take all the records while we were there. Not me, but just everyone there too. Watching freshmen come in and dominate, which is crazy. Seeing everyone’s development with me was a good thing to see.

Q: What has Kingwood’s coach Mike Robinson meant to you as a swimmer and to the program?

A: “Robinson is a great coach. He’s definitely my favorite coach I’ve had. He does such a great job with all of us, maturing everyone and creating a team environment. He does such a good job with small details with swimming too. He puts everyone in the right frame of mind.

Q: What excites you the most about the possibility of swimming at the college level?

A: “I’m just doing at A&M what I’ve done here. We’re going up. The recruits in my class and the class below me are crazy. We’re about to go up right now, and I’m excited to try to chasing SEC and NCAA titles.