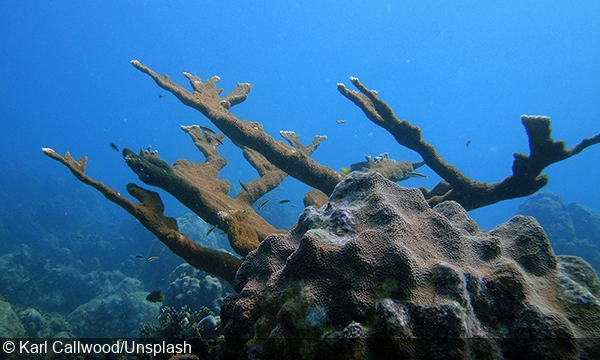 Researchers working in the Florida Aquarium’s Coral Conservation Program have claimed a significant breakthrough in their efforts to save the corals of the Florida Keys Reef Tract, the third largest barrier reef on the planet, which stretches more than 350 miles along Florida’s southeast coast. Scientists say they have used aquarium technology to successfully breed elkhorn coral, a critical species notoriously difficult to grow in the lab.

Keri O’Neil, the senior scientist who oversees the Tampa Aquarium’s spawning lab, said, “This is a critical step in preventing the extinction of elkhorn coral in the state of Florida. Elkhorn coral once dominated the Caribbean, but is now rarely seen alive in the wild. O’Neil estimates that there are only about 300 elkhorn corals left in the Florida Keys Reef Tract. However, she expects up to 100 of the thousands of baby corals produced in the spawning experiment to survive to adulthood.

O’Neil says his team faced a lot of criticism from other researchers who doubted the corals could reproduce in the lab. Last year, the program focused on creating the perfect controlled environment for elkhorn coral spawning – which only happens once a year – using LED lights to accurately mimic the sunrise, sunset and moon cycles. When the coral failed to spawn, the team realized that the timing of moonrise was off by “about three hours.” After making this correction, last August scientists saw baby corals under a microscope for the first time.

The breakthrough is important for the broader restoration effort, which involves a large number of partner conservation groups and organizations in the region. The work opens up the possibility of selecting corals for restoration with particular properties that will allow the reef to become more resilient to threats associated with warmer ocean temperatures, disease and other environmental stressors. However, the researchers point out that the ultimate problem to be solved is the climate crisis. “We are saving time for the reef. We’re buying time for the corals,” O’Neil said. “There is hope for coral reefs. Do not lose hope. All is not lost. However, we need to make serious changes in our behavior to save this planet.