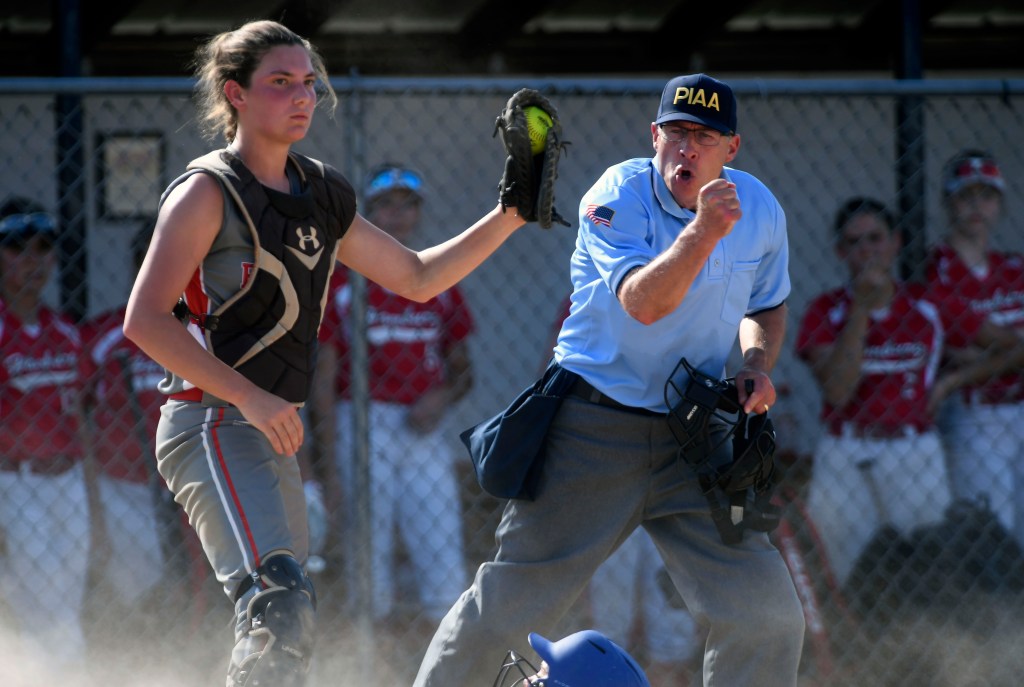 Megan Brattley is an outstanding student who plans to major in pre-med biology at Kent State and pursue her softball career there.

But the recent Fleetwood graduate is already an expert in time management.

It’s a small slice of his hectic life, though.

She was a straight student who played in the school band (cello) and wind band (trombone); sang in choir and vocal ensemble; founded the ASL (American Sign Language) Club of Fleetwood; received the Outstanding Language Award for Spanish; volunteered in several organizations; earned a first-degree black belt in taekwondo; and earned an incredible 43 college credits.

“We have that saying in our family,” Brattley said. “Get ahead and stay ahead. As soon as something is assigned, you need to move forward on that mission or formation so you can stay ahead.

“I would do something at school right away so I could focus on my sports training. I made sure to do things before watching TV or sitting on the couch.

Brattley was selected as one of five female finalists for the reading eagle Athlete of the Year two years after his sister, Allison, a volleyball player and physics major at MIT, received the same honor.

It’s no wonder Megan gets her athletic and academic credentials.

Cheryl Brattley works in academic support at Kutztown University, where she was a volunteer assistant with the women’s volleyball team. She played the sport at Michigan Tech University, where she met her husband, David, who played Division I hockey there and is now an engineer. Both are PhD candidates.

Megan is a fierce competitor and natural leader who served as team captain in all three sports as a senior.

“When faced with a challenge, she has no limits,” her mother said. “She likes to push her limits. When she has a coach who believes in her and whom she trusts, she thrives.

In softball, Brattley was a four-year starter at catcher who led Fleetwood to a 16-7 record this spring, the Berks III Championship, Class 4A District 3 Semifinals and a PIAA Tournament berth for the first time since 2002.

She hit .487 with eight doubles, three triples, three home runs and 28 RBIs and scored 33 runs. Remarkably, she didn’t hit or err all season and called every pitch.

“She’s doing a really good job calling a game,” Fleetwood softball coach Eric Garman said. “She is very, very solid there. She runs the show. You can’t ask for anything better than that.

“She earned the respect of her teammates thanks to her ability to play and her attitude. She is obviously very talented. It doesn’t matter where we tell it to go or what we tell it to do. She’s one of our best hitters, but if we needed a bunt, she did it. She’s a real team player.

Equally important, she quickly mixed with the Muhlenberg girls and befriended them.

“It was a little intimidating at first, but once we entered the natatorium everyone was really welcoming,” Brattley said. “They made a point of introducing themselves and making us feel welcome. It was a smooth transition.

“I loved that they were just family. There were no barriers between Fleetwood and Muhlenberg. It was just one big family. »

“Often with swimmers, they’re usually good in the pool,” Eisenhofer said. “When we started lifting and doing stuff on dry land and simple box jumps, she could do more than the boys could. I realized she was just a total athlete.

“She really didn’t train for swimming (out of season) because she was playing softball and other sports. But when she was in the pool, she was 100% committed to what she was doing. She was able to handle this rigorous training schedule.

Eisenhofer also praised Brattley for the way she behaved. She sang the national anthem at every home game as a senior. She seemed happier to revel in the success of others rather than her own.

“Megan was one of the best captains I’ve ever had,” he said. “It was the girl who was at the other end of the pool cheering when she wasn’t swimming. Sometimes I had to yell at her to get back in the blocks because she was so worried about how the others were going.

“She is everything you expect from a swimmer. As a coach, you don’t find kids like that anymore.

For Brattley, playing water polo for Muhlenberg and coach Steve Stambaugh turned out to be much more enjoyable than she had anticipated.

She had played volleyball with her sister in first and second grade at Fleetwood, but said she lost her passion for the sport and gave it up.

“He (Stambaugh) knew I played softball and he knew I had an arm,” Brattley said, “so he tried to recruit me that year. He won me over. I loved it. team. I loved the aggression. I loved how physically demanding it was.

She helped the Muhls qualify for the state tournament as a junior and helped them go 19-7 as a senior. She had 13 goals, 24 assists, five blocks on the field and 34 interceptions last fall. She even played goalkeeper at times and made 134 saves.

“When it came time to fill the role of goalkeeper, she stepped in, raised her hand and said she would do whatever needed to be done,” her mother said. “She fell in love with water polo. As hard as it was to watch her walk away from volleyball, we loved that she found something else that she was passionate about.

“With catch and block throws, you just put your body in front of them and pray,” she said. “By being a goalkeeper, you are sacrificing your body for the greater good. You see the whole field as a receiver and a goalkeeper, so you are able to help your teammates and tell who is free.

She will attend Kent State on a partial scholarship and will minor in Spanish and ASL. Always a catcher, she plays travel softball with TNT.

“I love the power it gives me as a player,” she said, “and the responsibility of having my teammates’ backs in such an important position.”

Being part of a successful team could be what motivates her.

“In the States this year, our relay (400 free) placed sixth,” Eisenhofer said. “When that stint ended, she just cried for 15 minutes. I had never seen that girl cry before. Her emotions really came out at that point. She knew she wasn’t going to swim anymore.

“I said to him, ‘You left it all in the pool, kid.’ I think she does that in all sports.