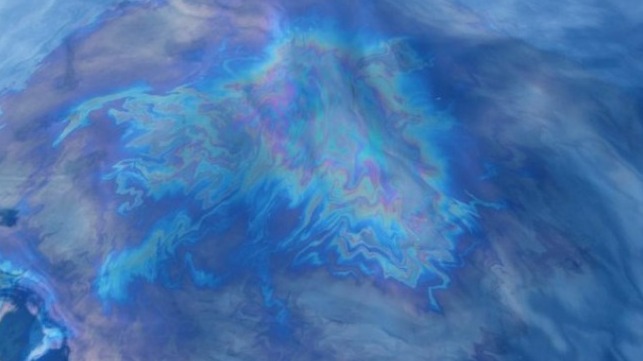 A whale watching team in San Diego posted a video of dolphins navigating through a giant oil slick off San Clemente Island.

â€œThe most tragic thing I have ever filmed: a pod of dolphins swimming through a giant oil spill. The spill spread over an area covering more than 80 kilometers and lurks just off the coast of San Diego, “wrote Captain Domenic. Biagini from Gone Whale Watching San Diego. “We know very little about it at the moment, and we are trying to go viral in the hopes of getting some answers as to how it happened.”

The slick was located in a well-known whale-watching hotspot off San Clemente Island, he said. A group of whales that had been in the area the day before had disappeared, and when Biagini headed south, he encountered the oil slick. â€œThe tragedy does not begin to cover him. For more than 50 miles, the ocean has been covered with a thick layer of oil, a devastating tragedy for the environment,â€ said Biagini.

The U.S. Coast Guard told the Union-Tribune in San Diego that they found a smaller diesel slick three nm long about 60 nm southeast of San Clemente Island, near the entrance to the Port of San Diego. Light oil is likely to dissipate quickly and is not recoverable, a spokesperson said.

NOAA told the Orange County Register on Tuesday that the Coast Guard had found a second slick closer to San Clemente, and the spill is now being monitored.