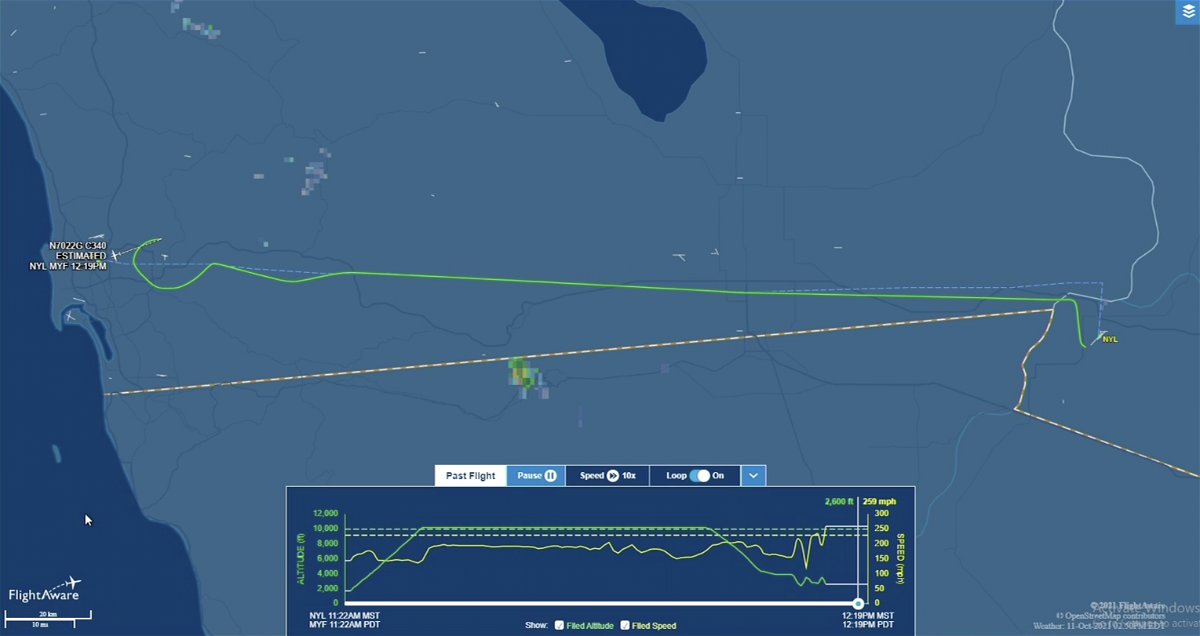 YUMA, Arizona (KYMA, KECY) – We learn more about the history of Dr. Sugata Das as a pilot. He often traveled to many destinations on his private jet. The Federal Aviation Administration (FAA) issued its commercial pilot license in October 2014.

According to the News 11 audio obtained between Dr. Das and an air traffic controller at Montgomery Field in San Diego, the medic was flying dangerously low and not staying on course.

â€œLooks like you’re straying from your course. Are you correcting? The air traffic controller asked.

“Low altitude alert. Get on immediately. Get on the plane.”

The controller asked Das to increase his altitude but for some reason he was unable to comply.

We spoke to Robert Katz, a certified flight instructor, who, after listening to the audio, believes the doctor might have been disoriented due to the overcast skies.

â€œHe was not following instructions issued by the controller, whose job it is to keep everyone on the move and everyone separate at the same time,â€ Katz said.

In the audio, Dr Das was cleared to land, but did not lead the air traffic controller to bypass him to realign with the runway.

Katz says a pilot is required to have six hours of landing approaches and holding maneuvers, within six months.

“It is up to the police pilot himself to comply with their regulations.”

Officials at Yuma International Airport said neither the FAA nor the NTSB contacted them on Tuesday morning.

The airport adds: â€œDr. Das was a big fan of the airport, a great person and a phenomenal aviator. It is a huge loss for all of us. “

Jia Zhangke and the stories men tell each other