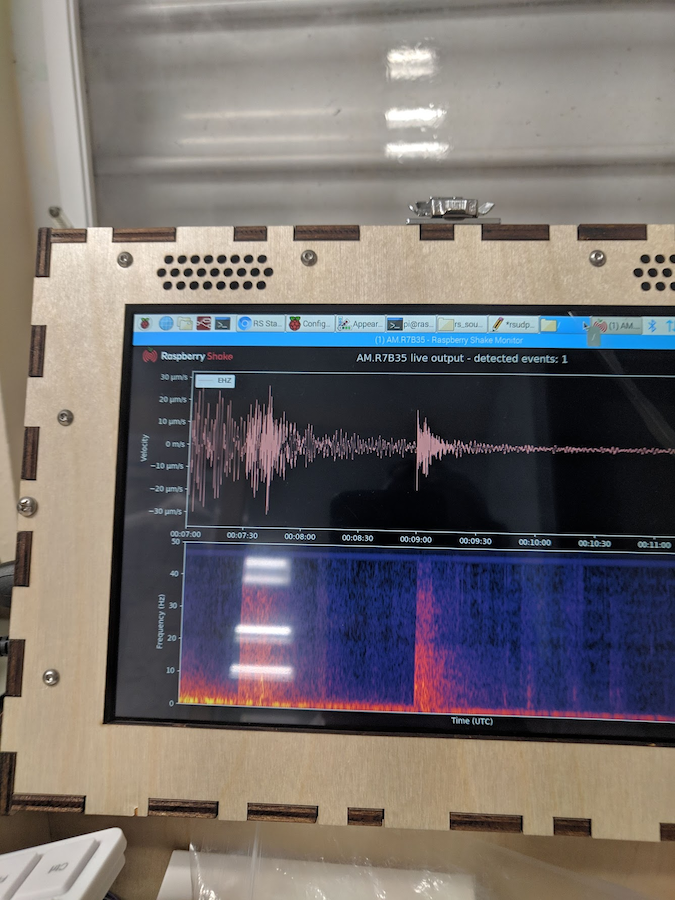 After a severe earthquake that hit Puerto Rico in 2020, a group of students quickly designed, programmed, and installed a small seismic network to record aftershocks.

On December 28, 2019, the people of Puerto Rico felt the first of what would turn out to be a series of earthquakes that peaked at a magnitude of 6.4 on January 7, 2020. In the weeks that followed, then as some schools were closing due to the threat of building collapse, the Barranquitas campus of the Inter-American University of Puerto Rico (BC-IAUPR) was asking parents for permission from a group of high school students to be on the campus for a crash course in detecting and reporting seismic activity. The high school students were part of Upward Bound, a Department of Education-funded program aimed at increasing the academic success of students from low-income families.

Raspberries in the classroom

The students had spent the previous summer training on the Raspberry Pi, a $ 40 credit card-sized computer used to teach programming skills. They had practiced basic programming and networking skills with the sensors; for example, they integrated the device with a 3D printer to make clips for face masks and a hydraulic claw to use in science experiments.

When the earthquakes started, Gabriel Low, operational director of the T3 Alliance, who is working with Upward Bound to bring technology to the classroom, says it saw an opportunity for these students to apply their knowledge and contribute to their community. The T3 Alliance trains students in three basic STEM technologies: Raspberry Pis, 3D printers and drones.

Low contacted Upward Bound programs in Puerto Rico right after the earthquakes started to ask if he could come and train their students in installing and programming the Raspberry Shake earthquake sensors. Raspberry Shakes are fist-sized instruments that detect ground movement. They are simple enough to use to be transformed into â€œcitizen seismometric stationsâ€, but also precise enough to be integrated into a global seismic network.

â€œThe students hadn’t used the Raspberry Shakes yet, but they had practiced the design process and figured out how to use the technology,â€ Low explains.

He arrived within days, with four sensors in hand.

A crash course in seismology

â€œI arrived on a Thursday and the next day at 8:00 am eight students were ready to dive in,â€ Low explains. â€œDuring that day, we took a crash course in seismology, networks and instrument operation. After that, Low let the students decide how best to use the Raspberry Shakes given the situation on the island.

â€œWe didn’t tell the students what to do,â€ Low says. â€œThe goal was to guide them in the response they wanted to formulate. With this creative freedom, the group designed the configuration of the seismometer, programming it as an alert system to spread awareness. â€œThe area near the epicenter experienced moderate earthquakes almost every hour,â€ Low recalls, so it was helpful for affected communities to know what was going on.

Students programmed the Raspberry Shakes to broadcast live visualizations of ground movement on TV screens across campus, alongside the song “Temblor” with each alert. They used four Shakes – one on the Aguadilla campus, one on the Barranquitas campus, and two on the San GermÃ¡n campus. In San GermÃ¡n, the students went even further, setting up a program to automatically provide earthquake information to a public Twitter account (now disabled) after each event.

The students were excited to install seismic monitoring equipment during an earthquake swarm, said Saraliz GonzÃ¡lez-MelÃ©ndez, Upward Bound director for BC-IAUPR. â€œThey were there and felt what they were doing was important: providing real-time data and thinking about how to share that information with the community. “

“For me, as a teacher, teaching earthquakes and P and S waves, it was quite surreal to hear an alert and then see it scrolling across the live screen as we felt a tremor. of earth, â€Low explains. â€œYou could feel in the students that there was pride in being there to learn and help. “

Here is the latest Wisconsin news from The Associated Press at 1:40 am CST | State News