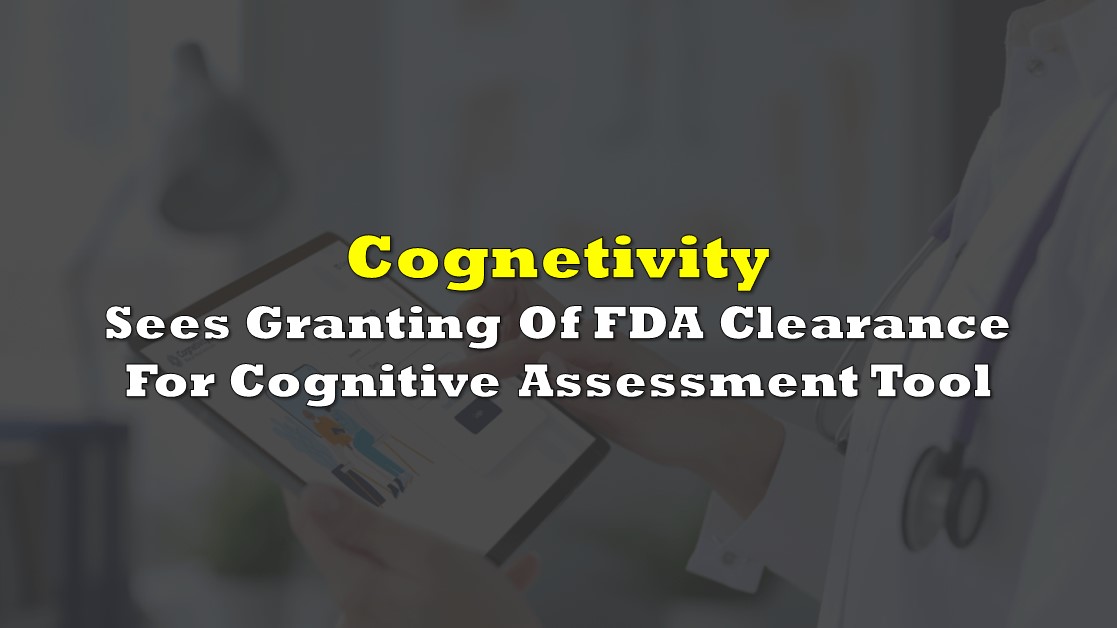 Cognitive Neurosciences (CSE: CGN) has achieved a major accomplishment. The company has obtained FDA clearance from the United States Food and Drug Administration for the distribution of its Integrated Cognitive Assessment. The approval essentially allows the company to market its device for use in the US market.

The granting of the FDA clearance follows CognICA’s integrated cognitive assessment meeting the regulations for Class II exempt medical devices and the approval of the associated submission to companies for such an exemption. The company, with permission, now has access to the US $ 3.8 trillion healthcare market in the United States, the largest such market in the world.

Following the approval, Cognetivity said this morning that it intends to lead a “vigorous business development strategy” for a commercial deployment across the United States. The strategy would include regional outposts to build on existing business networks due to the accelerator programs it participated in in the country.

The tool itself is a five-minute cognitive assessment that takes place on an iPad. The test is said to be very sensitive to the first signs of dementia and is simplistic in nature, containing no cultural or educational bias. The test can also be performed remotely due to its digital nature, allowing a cost effective means of early detection that can be performed without the supervision of a practitioner.

â€œWe are delighted to have reached this important milestone for the company, which is the culmination of many years of hard work. This gives us access to the largest healthcare market in the world, where, unfortunately, much remains to be done to tackle the huge problem of dementia. Of course, we are excited about the opportunity to revolutionize the way cognitive impairment is assessed and managed in the United States and to have a positive impact on the health and well-being of millions of Americans, â€commented CEO Dr Sina Habibi on major development for the company.

Cognetivity Neurosciences last traded at $ 0.70 on the CSE.

As the founder of Deep divingJay is focused on all aspects of the business. This includes operations, as well as being the lead writer for The Deep Dive’s stock analysis. In addition to The Deep Dive, Jay writes freelance for a number of companies and has been posted on Stockhouse.com and CannaInvestor Magazine among others.