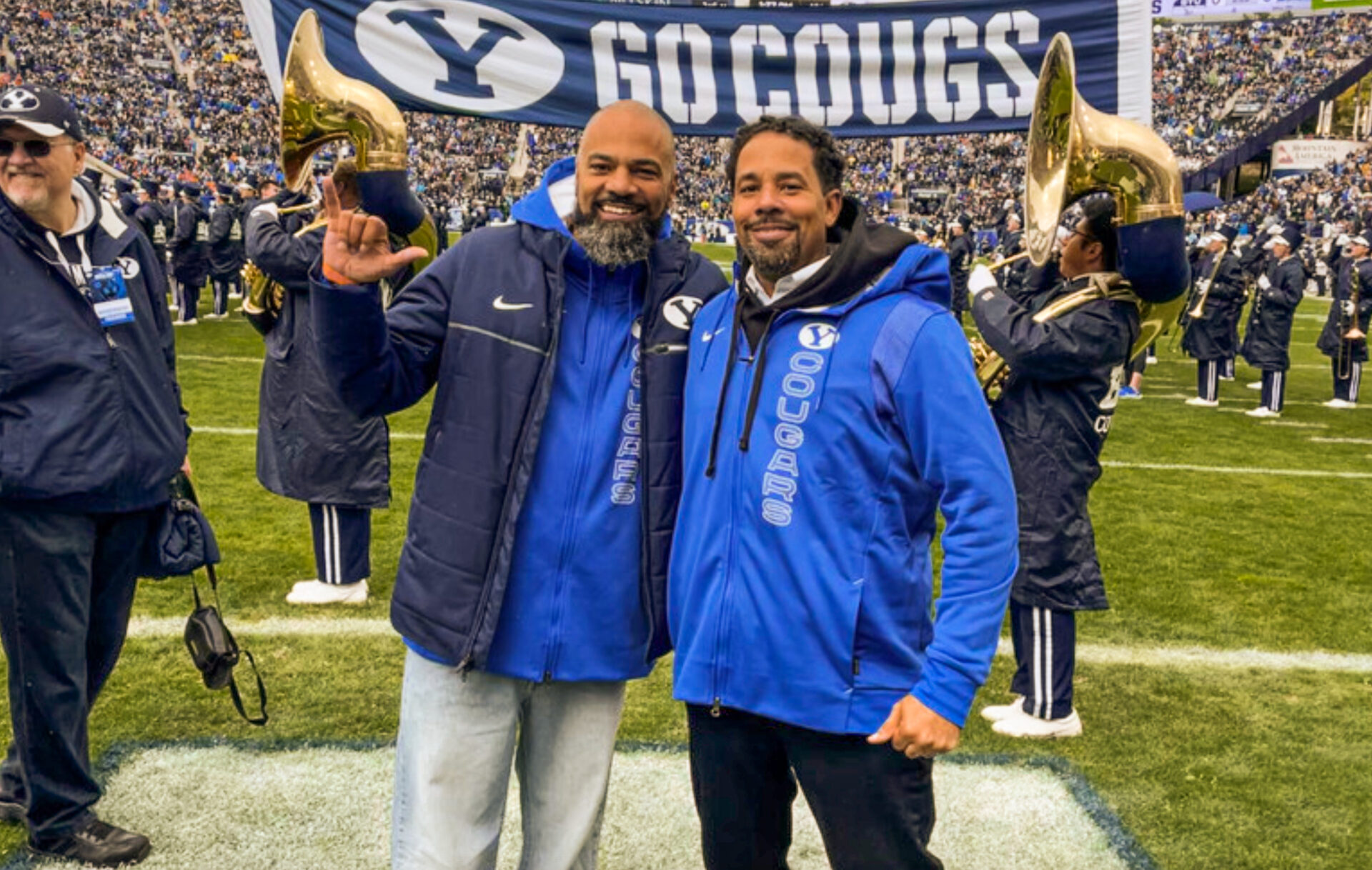 The past 18 months have raised awareness of the universal need not only to avoid racist words and actions, but also to be proactive in preventing such acts from happening.

Members of the A Long Talk About the Uncomfortable Truth anti-racism program visited BYU athletes and coaches in October to uncover the truth about the history of racism in America, helping student-athletes find their voice and activate their ability to live an anti-racist life.

What is a long conversation?

“Our goal is to put an anti-racist at every table in America, dismantle white supremacy and end racism in 15 years,” said Kamal Carter, president and co-founder of A Long Talk.

A long speech on the uncomfortable truth is an anti-racist activation experience in which participants take a multimedia course covering the history of racism in the United States and the continuing impact it has today. Program leaders then engage in group discussions for three days.

To achieve their goal, they work to educate about the history of racism in America and the effect it has on communities today. Each participant is required to complete a preparation course which includes a lecture by lawyer Jeffrey Williams entitled, “The history of the breed in America. “

“The pre-work really sets the tone,” said co-founder Kyle Williams. “We are not trying to convince people that racism is real. We are on a mission to put an anti-racist at every table and to make it a reality we believe we can educate to end hate. “

After completing the preparatory work, participants engage in a conversation with Williams and Carter during which they discuss what they have learned and what questions they still have. Men are also exploring strategies to help participants become not only non-racist, but actively anti-racist.

BYU’s involvement in A Long Talk

BYU first partnered with A Long Talk in the summer of 2020 when Bobby Horodyski, director of operations and BYU men’s basketball assistant trainer Cody Fueger participated in a session with basketball coaches from across the country.

“I have nothing but good things to say about them,” said Horodyski. “These are world class people doing amazing things.”

Horodyski said he and Fueger were deeply moved by their experience and encouraged the rest of the basketball coaching staff, including head coach Mark Pope, to participate in the experience, which they have made.

Soon after, the news spread to Whitney Johnson, BYU’s deputy athletic director for student-athlete development, diversity and inclusion, who pitched the idea to athletic director Tom Holmoe and his team. In July of this year, Holmoe, Assistant Athletic Director Liz Darger, Johnson and their team invited 40 coaches and administrators to participate in what they called a “transformative experience”.

“A Long Talk About the Uncomfortable Truth is one of the most transformational experiences (Department of Diversity, Equity and Inclusion) that I have ever had the privilege of participating in, and certainly anti-racist training. most influential I have ever done, “Johnson said. “Kyle and Kamal are inspired and are pure educators in their essence.”

A long conversation in Provo

Williams and Carter recently visited BYU to chat with athletes and administrators about what it takes to be an anti-racist and how to do it.

During their time on campus, they offered 438 one-on-one experiences to student-athletes, athletic staff and administrators.

Williams and Carter met 263 BYU student-athletes from men’s and women’s basketball, women’s soccer, women’s volleyball, baseball, swimming and diving, spiritual team, according to a report from the sports department of the visit. , gymnastics and other teams. during their three-day trip to Provo.

“It was a unique experience and a learning opportunity, especially in a place like BYU,” said BYU men’s basketball forward Caleb Lohner. “It just continued to underscore our desire to grow as individuals and as a university. For me, being able to pursue my diversity and inclusion education to the best of my ability has been something I think about very often and for Kyle and Kamal to come and share their stories, experience and vision was really special. .

Each of the teams shared a similar sentiment: meeting Williams and Carter and participating in the experience opened their eyes to new ways to use their platforms to help others understand what can be done to have a positive impact.

“I couldn’t be more thrilled with the way the week went with Kyle and Kamal on campus,” Johnson said. “After getting to know Kyle and Kamal – their personal stories, their backgrounds and their passion – I consider them dear friends. I believe they have been called by God to do this work, and we will continue to involve them in our efforts to cultivate a culture of anti-racism here at BYU.

More information on A Long Talk About The Uncomfortable Truth can be found on the program website.

Video Tip: Why We Should Minimize Exposure To Oxygen When Brewing