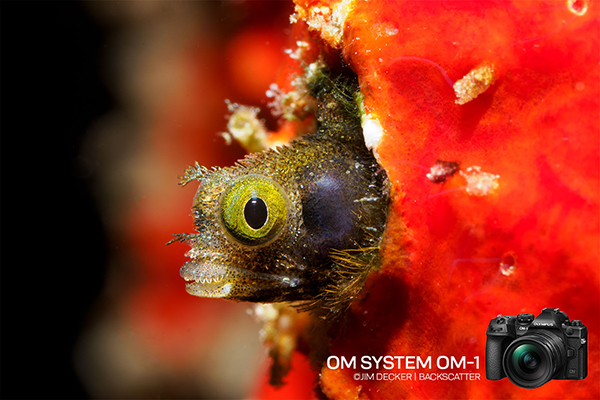 Backscatter publishes a review of the OM OM-1 system

That’s not entirely true, of course. Apparently the APS-C sized sensor (~1.5x crop factor) isn’t dead: we have the brand new Canon EOS R7 and EOS R10, the Nikon Z50 and new Z30, and the “venerable” range a6000 from Sony, including the flagship a6600 (which is overdue for a refresh). And then we have Micro Four Thirds with its 2x crop factor. It’s alive too: February this year saw the release of two high-end bodies: the highly anticipated Panasonic Lumix GH6 and the first camera under the OM System brand, the OM-1.

It’s the OM-1 that’s the target of Backscatter’s latest gear review from the recent Digital Shootout, and reviewer Jim Decker wastes no time answering the question of sensor size. In short, yes, resolution takes a hit, but there’s a huge benefit for traveling underwater shooters: a much smaller range of lenses and, as a result, a much more compact and lighter rig. generally. But the real question is, of course: how well does the OM-1 work underwater? To answer this, Jim considers all the usual points of interest, including image and video quality, subject tracking, and white balance performance. For Jim it’s a mixed bag, but for photos the OM-1 impresses, with Backscatter crowning it “the best 4/3 camera a photo shooter can have right now”.

Read the full review for details.