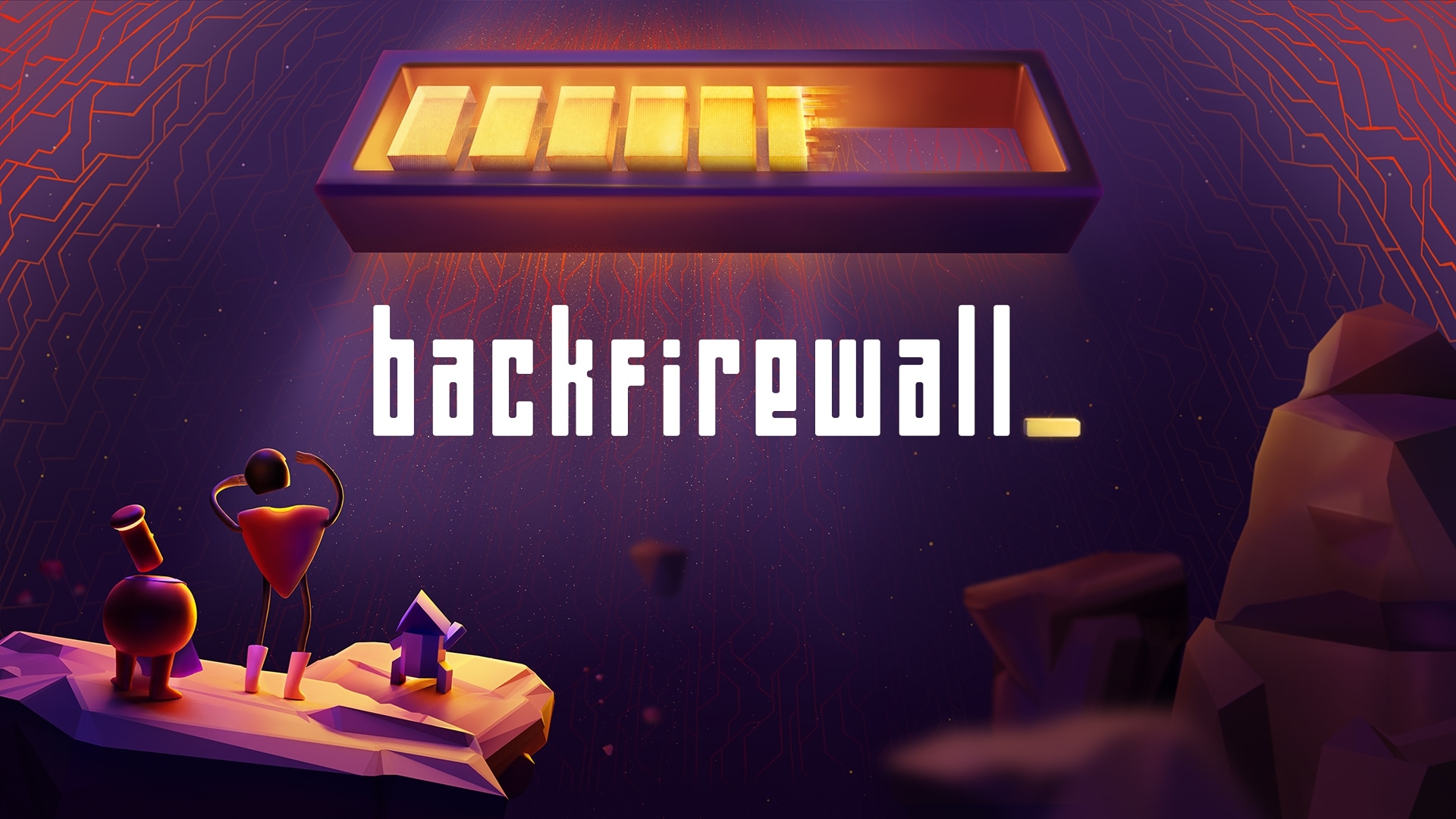 Backfirewall_ is a narrative adventure game coming to Xbox Series X|S, Xbox One later this year, and we reached out to Naraven Games for more information on this tragicomic adventure.

After seeing the announcement for Backfirewall_ during Summer Game Fest, we thought now would be the perfect time to reach out to developer Naraven Games before the game launches later this year on Xbox Series X|S, Xbox One, PS5, PS4 and PC. Naraven co-founder and creative director Julia Jean and lead designer Lucie Robert were kind enough to give us some time to answer our Backfirewall_ questions.

We will enter the metaphorical skin of an update assistant whose mission is to help OS9, the obsolete operating system of a smartphone. “It’s a narrative adventure about a smartphone operating system that’s absolutely flabbergasted that you even want to update it,” Jean tells us. “Plus, the game has some cool puzzles.”

“Backfirewall_ is about the smartphones we use without thinking twice about the apps and software that work hard and tirelessly inside and do their best 24/7 to try to please us.”

It’s a first-person adventure that leans heavily on narrative-driven storytelling and puzzle design, and tasks you with “immersing yourself inside a smartphone (our version of what that might be at least) and go on a wild ride to survive an update,” says Robert. “To do this you will have to interact with colorful characters and play with the environment using very cool cheat codes.”

We don’t have a release date for Backfirewall_ yet, but we do know it’s coming to Xbox Series X|S, Xbox One, PS5, PS4, and PC in 2022. If you have a PC or laptop and you don’t want to wait for the full release, you can play a short demo of the game via the Backfirewall_Steam page.

“Technical jokes, planned obsolescence and moral dilemmas. More literally, it’s about the journey of an application (the player) to survive its destiny and discover the microcosm that is the phone system,” explains Robert. “To make the adventure more fun, you will be accompanied by the current operating system that will trick you into going rogue and wreaking havoc in the system with the use of its cheat codes.” The current operating system, OS9, is a sassy character that will accompany you on your journey through the game, and while he might look somewhat like Wheatley from Portal, Jean makes it clear that the character wasn’t a inspiration: “My favorite storytelling tool is constant commentary and monologues by fellow VOs. About OS9, I happened to have a good friend who looks funny, and OS9 was born. Story true. OS9 is not inspired by Portal’s Wheatley (although now I totally understand why people think that!).” Robert also notes that “chatting with characters and discovering secrets and bits of history scattered throughout the game might challenge your blind faith in him. [OS9]and make you reconsider your choice of update (or not).”

Backfirewall_ focuses heavily on its storyline, with your gameplay actions completing the overall narrative, though you have plenty of opportunities to wreak havoc along the way. “Backfirewall_’s game mechanics are all about playing with the environment,” Robert explains. “With the help of certain cheat codes – which are provided to you by the current operating system – you can delete, reverse, duplicate or color things around you. These mechanisms will be useful for you to clear your way, but also to solve puzzles and annoy the characters.

The adventure will take us on a journey through the smartphone’s operating system, tracking down unwanted bugs, solving a host of puzzles with the aforementioned cheat codes, and manipulating the environment to terrorize the poor programs therein. “We really wanted to have gameplay that supported the story and the characters, so we tried to balance it to keep it pretty light so we never lost the rhythm imposed by the narrative,” Robert explains. “The idea was to have puzzles and interactions that tell the story of the world throughout the game. So yes, although the game is mainly about storytelling, you can have fun for example removing elements while you follow the story!”

Due to the game’s deep narrative design, Jean tells us “every word is translated via subtitles, whether in VO or environmental text.” Accessibility was a key focus for the team at Naraven Games when developing Backfirewall_, and Robert tells us that they tried to make the game “as organically accessible as possible while creating the environments and puzzles”. Of course, as with everything, there were difficulties implementing some of the features. “For more specific aspects, we realized during development that some ideas for accessibility features were much more difficult to implement than we initially thought,” Robert continues. “So we tried to focus on the main ones and hope to go even further in the future.”

With Backfirewall_ taking place in a smartphone, we will travel around its core components, which act as themed areas. For example, the phone speakers act as a bar where programs have a bit of downtime when they aren’t performing their daily tasks. “As you go through the components of the phone (the RAM, the GPU, the battery…), you will come across all the applications and software that run on it, and why they are so overwhelmed when a system is not updated” , John tells us. We feel a little uncomfortable wanting to play with them now, especially since they will already feel “overwhelmed” with the lack of updates.

“Most of the characters you’ll encounter as a gamer are the apps you already know (and get mad at) in real life,” Jean continues. We feel a little better about playing with them now. “In a broader sense, we draw most of our inspiration from the Pixar/DreamWorks genre of storytelling and universe.

Any news of Backfirewall_’s achievements?

We don’t have the Backfirewall_ achievements yet, but Jean tells us that Naraven plans “to have around 70 achievements, and none of them [will be] extremely tedious to obtain.”

Naraven Games’ previous title was Another Knot, a story-driven experience that currently has a “very positive” rating on Steam. Asked about the lessons the team learned from its development, Jean told us that “you have to test the game as soon as possible, that nothing ever goes as planned, [and] development time takes x2 the time you thought. Lesson number one will always be “the most important part of making a game is finishing it.” With the team having already learned these lessons, we hope Backfirewall_ will be just as entertaining in its full version as it is in the demo.

Will you be looking to wreak havoc when Backfirewall_ launches later this year? Let us know below!