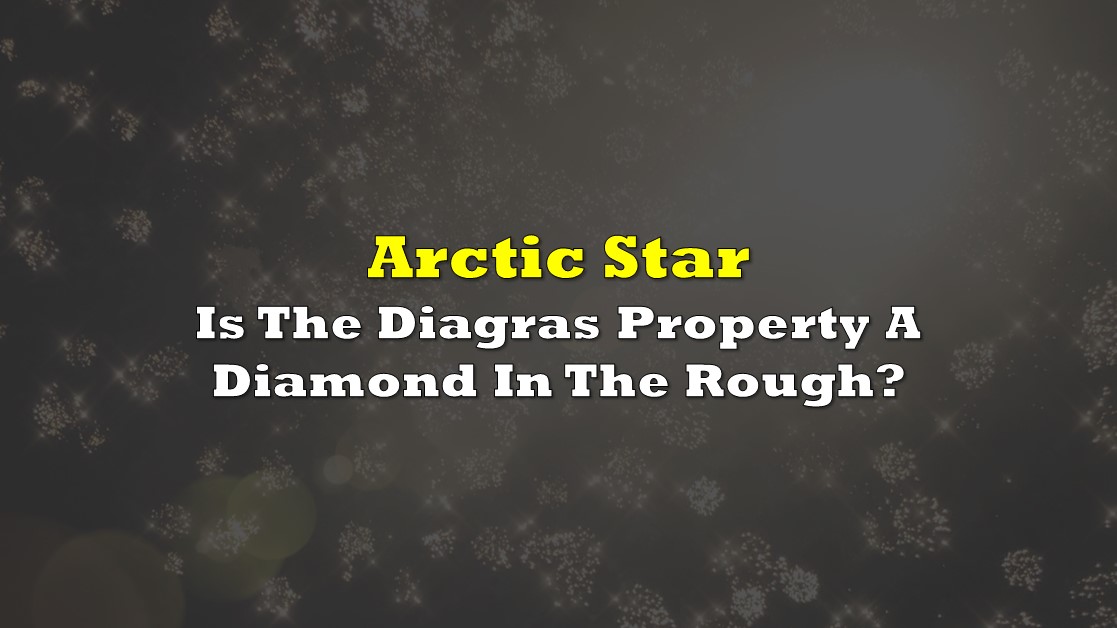 The Canadian diamond mining industry has grown considerably in the 30 years since the discovery of diamonds near Lac de Gras in the Northwest Territories. Canada is now the third largest producer of rough diamonds in the world, representing 13.5% of 2019 global production by volume and 12.5% ​​by value, with diamond exports valued at $2.19 billion. The global diamond industry, which saw a sharp decline in production and prices during the Covid-19-induced global economic downturn, is currently experiencing a strong resurgence as consumer and industry demand rebounds rapidly.

Diavik and Ekati mines are exhausted and under pressure

The prolific Diavik and Ekati mines account for the vast majority of Canadian diamond production. They have both matured and have now moved from largely depleted surface mines to underground mining. Rio Tinto, operator of the Diavik mine, plans to close the mine in 2025.

Arctic Canadian Diamond Company owns a majority interest in the Ekati mine and is the operator. Ekati plans to open a new open pit to keep the mine in operation until 2028 and is working on a major underwater project in a bid to expand operations. Ekati also continues to explore its properties in search of new kimberlites.

An industry that needs a winner

These mine closures could have a disastrous impact on the economy of the Northwest Territories in terms of job losses and social disruption, as the region’s economic growth over the past 30 years has been largely driven by the support of the diamond industry. Royalties from the mines help improve the living conditions of First Nations communities in the North and have improved infrastructure in the region.

As ominous as the situation may seem, there may be a light at the end of the tunnel. A certain small Canadian exploration company may have made a potentially significant discovery, which could breathe new hope into the region.

Could Arctic Star be that winner?

In 2021, Arctic Star Exploration Corp. (TSXV: ADD) discovered what may be the largest diamond-bearing formation in the Lac de Gras district, a formation that dwarfs the original 1990s discovery that hosts the Ekati and Divik mines. Called Sequoia Kimberlite Complex, it sits on Arctic Star’s 48,346 hectare Diagras property. It is located in the northeast part of the Lac de Gras kimberlite field, approximately 300 km northeast of the city of Yellowknife and near the Ekati and Diavik mines.

Based on surface geophysical mapping, a small ground sampling program found two diamonds of commercial quality, with subsequent chemical analysis of the diamonds indicating the potential for large diamonds over 52 carats. The size frequency curve at Sequoia has a low gradient that suggests a population of coarse diamonds. Future results will be added to the size frequency curve to get a more concise picture of the deposit.

What makes the Sequoia discovery special is that the results of the caustic fusion of the samples showed that half of the diamonds are type 2 diamonds, which are nitrogen-free, nearly pure and highly sought after in the diamond market. .

Typically, the diamonds found around Lac de Gras are mostly non-transparent gray stones, known as Boart. Caustic fusion of Sequoia samples shows a very unusual 100% white and clear population. Only about 2% of diamonds found worldwide are type 2, although new recovery techniques such as attaching radar to crushing equipment can identify good quality stones that in the past would have degraded during the crushing process.

Buddy Doyle, Arctic Star’s chief geologist, shared the caustic fusion results with Chuck Fipke, the expert diamond exploration geologist who made the first diamond discovery at Ekati. Fipke confirmed an abundance of clinopyroxene and garnets, diamond indicator minerals that form at great depths and are found in the unique chemistry associated with large, clear gems over 50 carats. They are excellent predictors of the presence of gem-quality diamonds.

The company’s spring 2022 drilling season recently concluded. The most recent drill core collected was sent to the SRC (Saskatchewan Research Council) diamond lab for caustic fusion analysis, which will give Arctic Star a clearer picture of Sequoia’s potential. Due to a lake on the property, the company will not be able to drill further on Sequoia until the ice forms again later this year. In the meantime, the company will compile data, determine exact kimberlite sizes and estimate tonnage to determine grades and grade variations.

When drilling resumes after the lake ice has formed, ADD will take a large bulk sample of 3,000 tonnes by drilling cores up to one meter in diameter. This will help determine the diamond population and the average price per carat.

The sample half diamonds will be sent to four or five diamond buyers to determine the average price of $/ton and $/carat. The other half would be used for the company’s NI 43-101 report. Ratings will vary, but Arctic Star will get a better sense of their value by developing an economic model for the Diagras project and working quickly to create a Pre-Feasibility Study (PFS).

Looking at the nearby Ekati and Diavik operations, diamond production costs in the region are known to be in the range of $70 to $110 per tonne, at least depending on how well these two mines are exploited. As a result, the company has a sort of benchmark for where its value per ton needs to be for production to be feasible.

The company itself, in its investor presentation, reviews a situation in which it highlights just how much potential for a mine in Sequoia exists, based on nearby production costs that set some kind of benchmark for the region.

In the example, the company assumes a grade of 0.5 ct/tonne in the kimberlite. At production costs of $70/tonne, this means the kimberlite must have diamonds valued at over $140 per carat. The Lac de Gras field, meanwhile, contains diamonds that average between $21/carat and $420/carat, depending on the kimberlite.

If current assessments of the potential of Sequoia’s Type 2 diamond populations and the size of its kimberlite fields materialize, this could position Arctic Star to become a major supplier to the industry of valuable, high-demand, clear gemstones. and without nitrogen. – quality diamonds. It would also serve to enhance Canada’s already excellent reputation in the global diamond industry.

If production at Sequoia proves economically feasible, it could benefit both Arctic Star and Ekati or Diavik if Arctic Star were to acquire one of the producers’ mills, which would significantly reduce mine closure costs. . Otherwise, the costs to rehabilitate and restore their properties could be astronomical. Arctic Star would need a factory anyway, and since either factory is only a short distance away, that would negate the need for ADD to build its own factory. Such an arrangement would also benefit surrounding communities and promote goodwill.

If Sequoia were deemed economically viable to mine, this could prompt Ekati or Rio Tinto to acquire or form a joint venture with the Sequoia property to expand their own operations in the area. It makes sense because they already have their infrastructure in place.

Exploration companies typically develop their projects to the point of pre-feasibility and then are acquired by producers, who have the expertise and resources to take the projects to the next level. Such an exit would likely be a boon to Arctic Star shareholders.

Shareholders can expect results from the latest drilling program to begin being released in the coming weeks. In the latest press release on June 22, Arctic Star commented:

“Kimberlite samples from the Arbutus kimberlite and the Sequoia kimberlite have arrived at the SRC (Saskatchewan Research Council) diamond lab in Saskatoon and processing has begun. The first set of diamond results are expected in mid-July.

Yes, a completed pre-feasibility study could accelerate Arctic Star’s path to a lucrative exit, but it’s still early to say. the company. Much work remains to be done to determine the size and extent of the Sequoia Kimberlite Complex, but the outlook looks promising. The company also appears to be well funded, having recently announced that a private placement financing of $1 million (at $0.07 per unit) is fully subscribed and expected to close any day now – and trading. last seen at $0.095 per share.