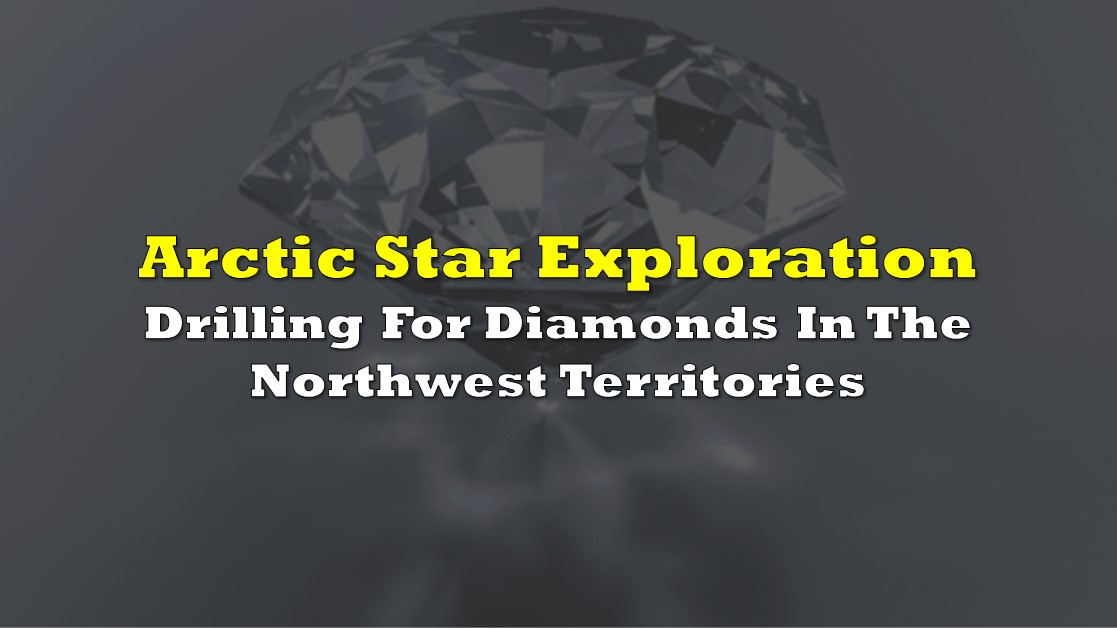 Arctic Star Exploration: drilling for diamonds in the Northwest Territories

Arctic Star Exploration (TSXV: ADD) is a Vancouver-based junior mining exploration company actively exploring for diamonds in the Canadian Far North as well as in Finland. Less than two months ago, the company announced that it had started drilling on its flagship Diagras Diamond Project in the Northwest Territories, with results already beginning to be seen.

The 48,346 hectare Diagras property is located in the northeast part of the prolific Lac de Gras kimberlite field, approximately 300 kilometers northeast of the city of Yellowknife. The project consists of 58 contiguous claims originally staked by Arctic Star and is a joint venture with Margaret Lake Diamonds, with Arctic Star holding an 81.5% interest and Margaret Lake an 18.5% interest.

The property is located 22 kilometers northeast of the Diavik Diamond Mine operated by mining giant Rio Tinto, and 36 kilometers east of the Ekati Mine, Canada’s first surface and underground diamond mine. , which entered production in 1998 and is currently owned and operated by Arctic Mining Company of Canada.

In the spring of 2021, Arctic Star discovered the Sequoia Kimberlite complex on the property, recovering two commercial grade diamonds, indicating the potential for large diamonds over 52 cts (carats). The company has commenced the HQ diameter diamond drilling program on the Sequoia kimberlite complex. The program will consist of ten holes that will test the property’s north-south trending kimberlite complex, with the first hole being drilled 22 meters south of the original 2021 discovery hole.

HQ coring is a process of using a hollow diamond drill bit to drill and collect cylindrical core samples until the core barrel is full. To find the host rock contacts of the north-south trending kimberlite complex, Arctic Star’s strategy is to drill a vertical hole to a depth of 200 meters in the east-west center of the kimberlite and then drill two additional holes east and west at an angle until they come out of the kimberlite. The objective of the drilling program is to delineate and define the different phases of kimberlite and to analyze the core to determine the tonnage, geology and geometry of the Sequoia kimberlite complex, and to estimate the different grades and occurrences of diamonds.

In terms of diamond composition, the results of the first diamond survey conducted on the Sequoia Complex were received in mid-May. Conducted by the Saskatchewan Research Council Diamond Laboratory, the results indicate that 50% of the diamonds are Type IIa diamonds without nitrogen, while 33% are Type IaA and 17% are Type IaB. The results are significant in that only 2% of the world’s diamonds are type IIa.

Kimberlites were formed by intense volcanic activity which crystallized minerals and rocks from molten liquids under extreme pressure, which were then forced upwards to the surface where they cooled and generally occur as of vertical cylindrical pipes in the earth’s crust. Kimberlite pipes are a common source of diamonds. However, not all kimberlite pipes contain diamonds, and even if they do, the diamonds might not be commercially viable.

Modern airborne geophysical technologies such as VTEM can often clearly identify kimberlite pipes and can precisely pinpoint the location of these pipes that appear on data screens, due to the density of the pipes relative to the surrounding geology. This allows geologists to easily follow geophysics on the ground, helping to reduce guesswork on where to drill, making diamond exploration reasonably profitable. This is because the most expensive element of exploration is the actual drilling. Knowing exactly where to drill greatly reduces the risk of missing your target and increasing costs.

In April, Arctic Star also reported that it had completed its phase two airborne geophysical survey of the entire Diagras property. The survey consisted of using high resolution magnetic and electromagnetic fields at a spacing of 75 meters with the aim of identifying two different types of drill targets:

Airborne survey data is followed by ground geophysical surveys to further confirm airborne targets. Once the current drill program is complete, the results will be used to conduct a bulk sampling program in 2023 to determine a diamond valuation of the property.

Finally, the aggregated data to date on the property already seem to bear fruit. Following the discovery of the Sequoia Kimberlite Complex last year, the company identified last week that it has now found another kimberlite pipe, called Arbutus Kimberlite. The discovery was made following the drilling tests of a class B type target, after analysis of the data collected during the geophysical studies carried out.

The new discovery, although the data is preliminary, is estimated to consist of a kimberlite that is 200 meters long and 25 meters wide, which is based on drill intersections and geophysics. The core recovered by the company has not yet been analyzed to determine if it contains diamonds, but it is believed to contain abundant diamond and mantle indicator minerals.

The discovery of the Sequoia kimberlite field gives Arctic Star the potential for another major diamond field in the region, while the company is well funded with the recent closing of a $3.8 million private placement financing. With 179 million shares outstanding and a market cap of $19.7 million, Arctic Star looks like an attractive opportunity for junior diamond-focused exploration investors.