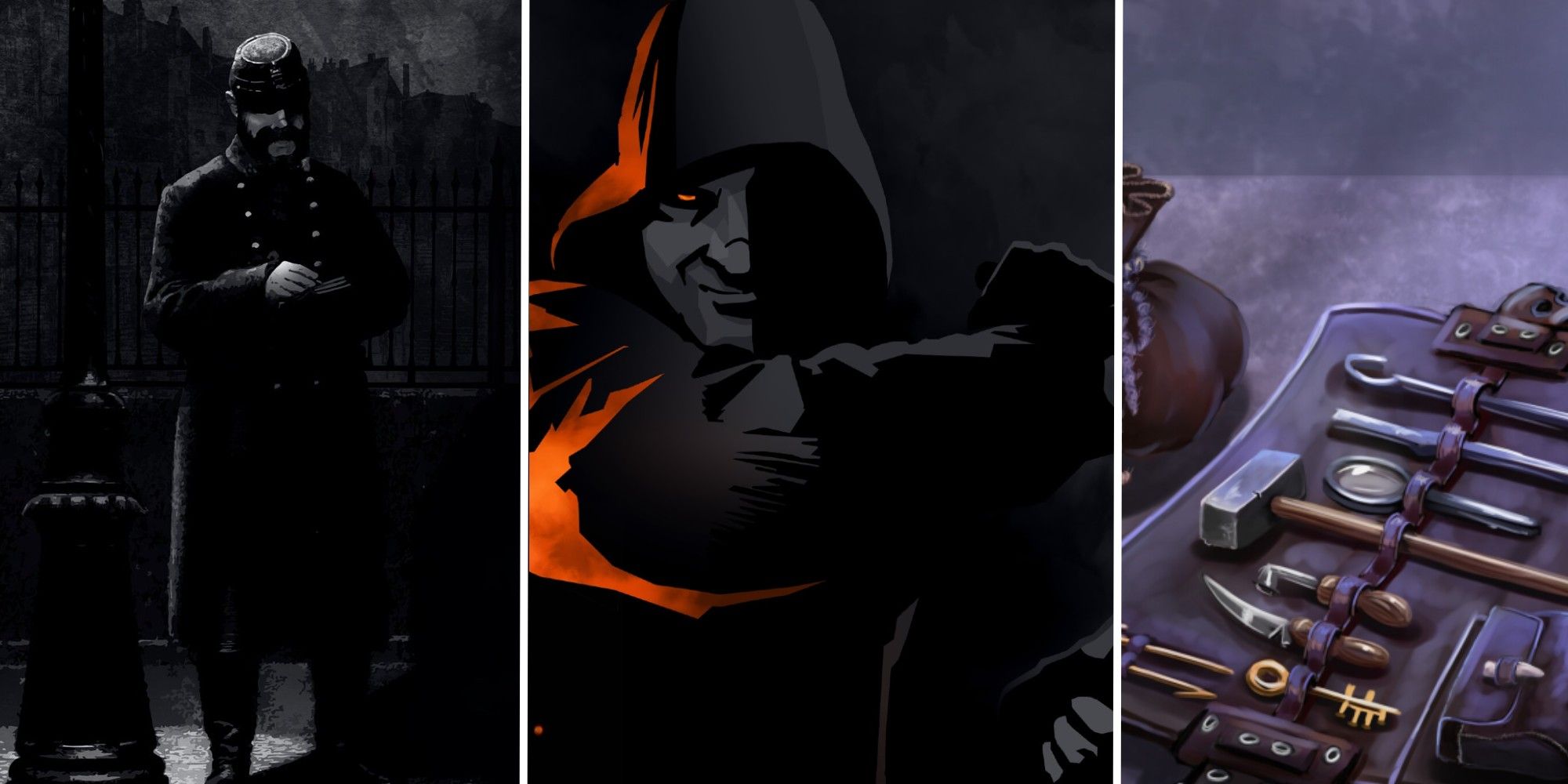 All you need to know

Blades In The Dark is a unique TTRPG. It has a dark setting that perfectly blends classic noir crime stories and arcane weirdness. It has grown in popularity in recent years, and for good reason.

Related: Play Blades In The Dark If You Want Your Heists To Feel Cinematic

With interesting mechanics like flashbacks, trauma and stress, crew upgrades, and fiction-driven storytelling, Blades In The Dark is a system that will surely lend itself well to memorable stories. So choose your role, choose your vice and jump into this mix of Peaky Blinders and Gothic Fiction.

Blades In The Dark takes place in a sprawling, overcrowded urban city named Doskvol. The city is full of crime, corruption, shady dealings, and ghosts, of course. A sort of industrial wasteland, given that the Sun disappeared a long time ago. The game will therefore take place in this city infested with criminals and decidedly dark, both literally and figuratively.

This, of course, allows for exciting and fun interactions with NPCs, memorable quests, and wildly unrealistic secrets. DMs should focus on maintaining the corrupt and hopeless nature of Doskvol throughout the campaign to get players in the right mood.

Do you know how in most tabletop RPGs, before a big event or a fight, it sometimes takes players hours to come up with a foolproof plan? In Blades In The Dark, the system allows you to completely bypass this. You are allowed to take some stress, a resource in this game, and add a flashback to a current scene.

This guard who is a little too suspicious of you may have been generously bribed the day before for the price of two stresses! Who says you didn’t study the sewer map a week ago? This small feature greatly speeds up the game and makes the adventure smooth.

Blades In The Dark takes place in a specific city of Doskvol and not a large region, so it can feel contained and small at times. However, due to the detailed description, territories, factions and city history, the game may have a built-in story out of the box.

Who is trying to take power in this neighborhood? Who runs the city? Who is aware of the disappearance of the Sun? These questions themselves can lead to a solid structure for a campaign without even leaving the city perimeters. This makes Blades In The Dark a fairly accessible game for new DMs.

Blades in the dark prides itself on being a fictional first game. That is, the mechanics step back and let the story flow. This, combined with some secondary features such as action rolls and flashbacks, can make DMs work relatively easy compared to other games.

Players are also expected to modify and add to the story and scene, so the weight on the DM’s shoulder is lifted slightly. Even in combat scenarios, the game doesn’t bother with stats like HP or Armor Class, making every session all about preparing for dramatic stories and an engaging world for the DM and beyond.

Character progression in this game is unlike any other. For starters, all the characters are humans and not other mystical races like in other games. Although you gain additional skills and features as you level up your character, that’s only a small part. As you complete scores and progress through the campaign, your character will gain lasting wounds, traumas, and new vices. In no time, you’ll become a jaded film noir character as opposed to a legendary warrior, which is one of Blades In The Dark’s selling points anyway!

You also gain experience points for times you acted in accordance with bonds, fears, etc. of your character, so even the progression feels like building the character. Don’t be too careful and start dragging your character through the wringer.

Blades In The Dark has almost two games running simultaneously. The character game and the crew game. As each player controls a singular character, they are all part of a crew, trying to seize power in the city and achieve their goals.

Your crew even has its own character sheet! You can try employing NPCs to work for your organization, seize specific targets of importance, try to weaken other factions, and even add assets to your base, such as in shipyards and chests. It almost feels like an extra game you play between scores and can be a fun change of pace for many players.

With crew progression and story-driven gameplay, Blades In The Dark lets you leave your mark on the gaming world and, more specifically, Doskvol. After all, when your crew takes over a liquor factory, another faction will have lost control of that asset.

With a built-in tier system and the ability to specifically hurt other factions, you really feel like you’ve risen through the ranks of power. Maybe the Billhooks need a reminder of who’s running these plays now? Or maybe the Lampblacks are looking for an ally to destroy Ironhook’s prison? The game really lets you do some serious power spurts.

Speaking of simplicity and smooth gameplay, the essential act of rolling for actions and other mechanics is also quite intuitive and easy to remember. In Blades In The Dark, you have action points which tell you how many 6-sided dice you roll for said action. 1-3 are failures, 2-5 are successes with consequences, and 6 are pure successes.

There are ways to modify the roll and improve your chances, but rarely do you get an entry-level math problem to determine if an action or attack is a success. To add to that, HP and Armor Class, two mainstays of many RPGs, aren’t in the game either, and you write down your wounds in boxes until they’re filled.

One of the goals of Blades In The Dark is, without a doubt, to streamline the gameplay and make it as smooth as possible. The game already pushes this idea through flashback scenes and rarely statistical mechanics. Another way the system makes gaming smooth and fast is its inventory management.

You don’t choose items by preparing for a score and guessing what you might need. Instead, the game gives you inventory slots to fill after the fact. Does a scenario require picking? Well, you just marked a location and assumed your character had thought of bringing one earlier. This reduces the preparation time of each adventure and score.

What is a role-playing game if not fantasy? Blades In The Dark puts you in the shoes of a villainous member of a shady crew and throws you into a city filled with corruption and danger. In this game, you are not classic daredevil adventurers and more outcasts trying to achieve things. Well, the game reinforces this idea with consequences.

Your action rolls are only inconsequential on a 6. On a 4 or 5, you succeed, but there are consequences. Maybe you picked the lock, but maybe the guards heard you? You may have cut off that thug’s arm, but you were hurt yourself. This cycle of hits and misses keeps the game exciting and players nervous at all times.

Next: Most Underrated Tabletop RPGs Of All Time