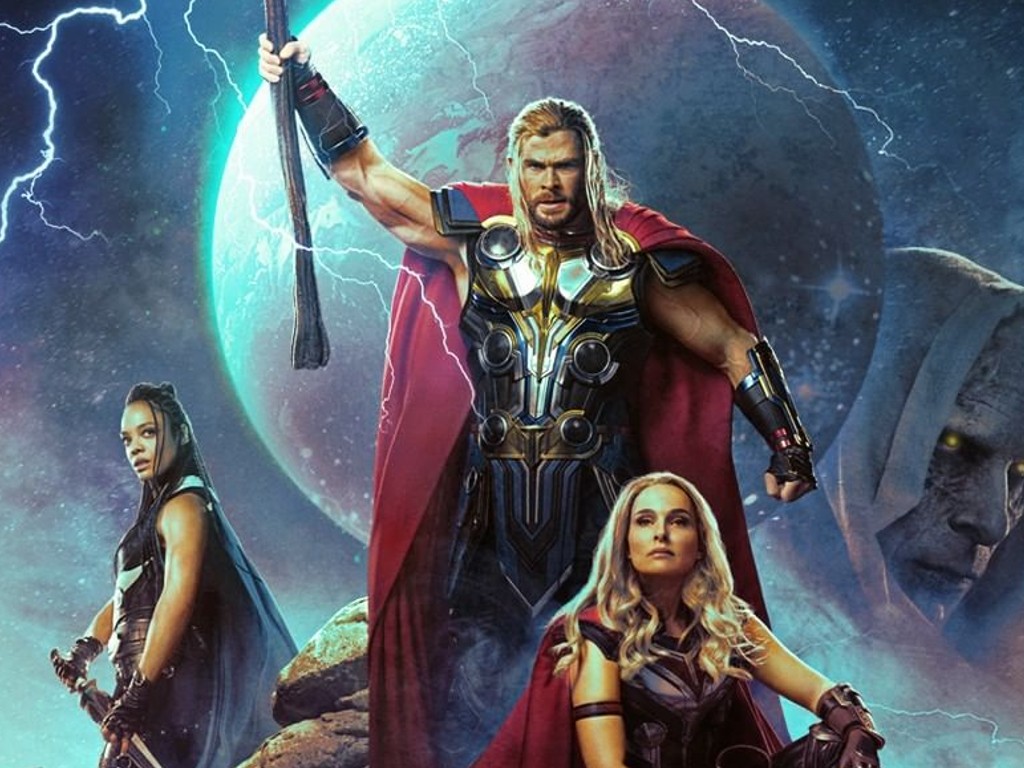 Too many jokes, a parody of the iconic character, and a story that makes no sense for the MCU; it’s ‘Thor: Love and Thunder’.

As one of the few remaining OG Avengers in the MCU, Thor: Love and Thunder were one of the most anticipated films in Phase Four of the Marvel Cinematic Universe (if we can still call it that). The fourth installment of the God of Thunder saga promised a lot, not only because it offers us the return of Jane Foster as Mighty Thor, but also because of the impressive cast (I mean, Christian Bale and Russell Crowe) , the reappearance of (As) Guardians of the Galaxy, and more importantly, the arc of Thor in the later Avengers films.

However, all of those things that got us Thor fans the most excited about this movie were just me. We know Taika Waititi is one of the funniest and most irreverent filmmakers around, and after watching and loving Thor: Ragnarokit looked like the movie was a guaranteed 10. Unfortunately, that was not the case.

It seems that after Waititi’s big twist with Ragnarok, Marvel producers gave him carte blanche to do whatever he wanted and the result was like letting a kid do the grocery shopping, a bunch of nonsense. Don’t get me wrong, I loved a bit of nonsense in the previous movie, but this time a lot of it was just plain ridiculous (no, and I’m not talking about the goats; those are actually quite faithful to Norse mythology). Sorry, maybe it’s time to warn you about upcoming spoilers.

So when we last saw Thor, we saw a lost hero who had lost everything, even his confidence trying to figure out who he really was. More than expanding on this interesting arc, the film seems to make Thor dumber and more of a parody of the god. So, after defeating Thanos, Thor decides to join the guardians of the galaxy, or as he suggests Asgardians of the Galaxy after proving to be the best Marvel crossover. Those interactions we loved in Avengers were largely spoiled in this movie with only a random appearance from Guardians with jokes and not-so-good feedback. After this huge disappointment, the movie is expected to give us this Taika Waititi fantasy and it does at times, but again it takes it too far.

As the trailer says, there’s a villain called the God Butcher, who, as the name suggests, wants to get rid of the gods. The premise of this villain and Christian Bale made many of us believe that he would be one of the MCU’s greatest villains, and while Bale’s performance was extraordinary as usual, the villain’s motivations alongside his demise seem a bit offbeat to put it mildly. corny.

So it’s understandable that the movie is a love story but why waste such a great character with a very interesting motif like eradicating the deities because they’re nothing but a bunch of conceited bunch and careless (or the decadence of religions if you will), with ‘meh’ ending where our heroes manage to convince him to be good. It does not mean anything!

And talking about deities and religion is what bothered me the most. As mentioned, Marvel seems to have just forgotten that they created a cinematic universe where stories are connected. The whole scene of Omnipotence City, that wondrous city where the major gods reside and congregate, could have been a great opportunity to at least tie together previous Marvel stories with cameos that would make it feel like everything is connected. We are talking about the Gods of all religions; Marvel Just Introduced A Big Series Of Egyptian Deities In Moon Knight, why not place them among the many gods in the scene or even explore the avatar narrative here? Why not add some of the Eternals?

Not only that, let’s say Thor doesn’t know that 2012 Loki is still alive because the latter is lost in one of the many universes opened up by the Multiverse, but why not acknowledge that the Multiverse is a thing now? I mean, knowing Thor as we know him now, wouldn’t it make sense for him to try and see if there are other versions of his brother? Or what about the villain’s goal of reaching eternity to fulfill a huge wish (anything) being so easy to achieve and Thanos having to collect all the gems when he could have just gone to Asgard and use the Bifrost? It makes no sense as a story in a connected universe.

Overall, as we mentioned in the review of Dr Strange in the Multiverse of Madness, and most of the films and series in phase four, there seems to be no communication between the projects as they had with the first dozen films and they just deliver stories with tiny cameos for fan service instead of creating a connected narrative that will lead to something bigger. The post-credit scenes of these films seem to hint that something will be connected, but they end up taking us nowhere.

In conclusion with Thor: Love and Thunder: yes for the jokes, no for the story.