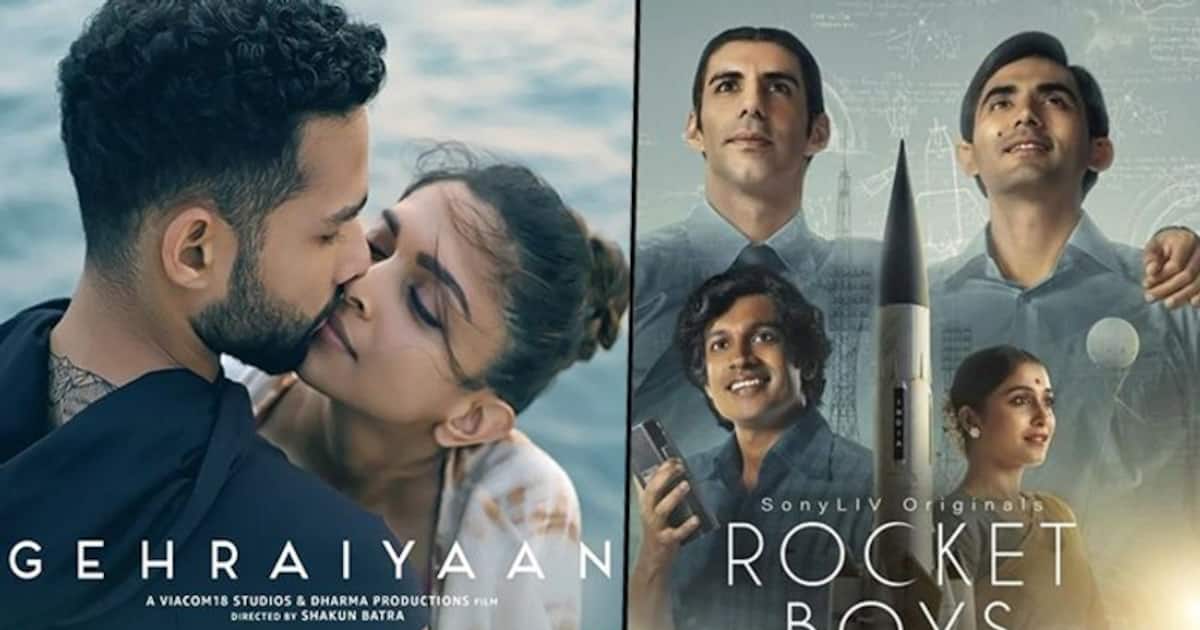 As we come to the weekend, you should check out the following list of all Indian shows and movies released in February, so you can make a better choice on what to binge on.

Less than two months into 2022, our watchlist is already buzzing with a slew of series and movies currently streaming across different OTT platforms like Netflix, MX Player, Amazon Prime Video, and Sony Liv, etc. As we come to the weekend, you should check out the following list of all Indian shows and movies released in February, so you can make a better choice on what to binge on.

The Great Indian Murder: Produced by Bollywood actor Ajay Devgn, The Great Indian Murder is a powerful murder mystery based on a novel titled Six Suspects. While the show was directed by the critically acclaimed Tigmanshu Dhulia, it features a range of big shots like Pratik Gandhi, Richa Chadha, Ashutosh Rana, Paoli Dam and Raghubir Yadav among others in prominent roles. A spoiled brat is murdered, leading to a CBI investigation. The show airs on Disney+ Hotstar.

Mahaan: Next on this weekend’s binge-list is Mahaan, a unique father-son drama starring Tamil superstar Chiyaan Vikram and Dhruv Vikram. The film released on Amazon Prime Video made headlines mainly for being the digital debut of southern star Vikram. The action thriller was directed by Karthik Subbaraj and is presented as a normal revenge action drama with a separate storyline.

Detective Boomrah: With a storyline and plot rarely heard before, Detective Boomrah is a sci-fi web series full of thrill and mystery. Directed by Sudhanshu Rai, who also played the lead role, the first season of Detective Boomrah – The Missing Man Case – is a hunt for a mysterious man who appeared in a locked room and then jumped off to disappear into the tunes. The events that follow will take you back and forth in time and the show is streamed on MX Player.

Gehraiyaan: The film, which marks the OTT debut of reigning Bollywood sensation Deepika Padukone and stars other popular faces like Ananya Panday and Siddhant Chaturvedi, is a twisted tale of complex relationships. One of the most anticipated releases of the year, the film directed by Shakun Batra tackles the subject of infidelity. It was released on Amazon Prime Video.

Loop Lapeta: A remake of the popular German experimental thriller Run Lola Run, released in 1998, Loop Lapeta is a Netflix Original starring Taapsee Pannu and Tahir Raj Bhasin, who play the characters of Savi and Satya respectively. 50 minutes, 50 lakh and a dumb boyfriend – that sums up the plot of Loop Lapeta, which feeds on a “cycle of life”. The trailer shows Satya being shot in one sequence while he is alive in the next, hinting at an intriguing storyline. The film was directed by Aakash Bhatia.

Raktanchal 2: also airing on MX Player in February, the second season of Rakthanchal, a saga full of gang wars and revenge. Starring Kranti Prakash Jha, Nikitin Dheer, and Soundarya Sharma, among others, Raktanchal 2 has been given a political twist, with promos suggesting it’s all about political showdowns this time around. The story takes place in Purvanchal, which has been a hotbed for many political mafias.